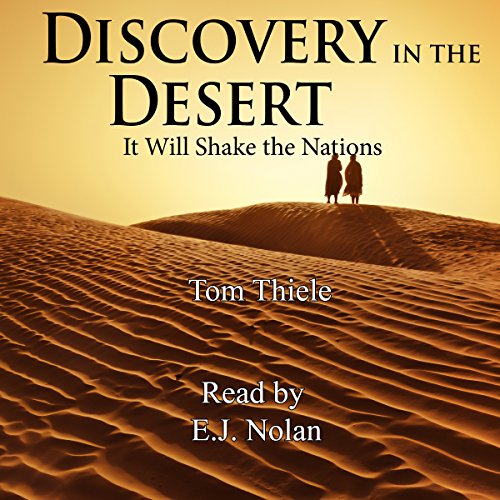 Discovery in the Desert

Discovery in the Desert

When asked about religious affiliation, do you describe yourself as a Christian? Do you wonder about heaven? When someone knows that they are a good person, does that mean that they are a heaven-bound Christian? That is exactly how David Hart saw himself before his discovery in the desert.

David Hart, a young, bright NASA physicist, is chosen to join a team of other NASA scientists assigned to a classified military project. The team is formed to bring a new, cutting edge technology to the United States military - time travel. Initially great strides are made in developing a time travel capsule, and then the team hits a brick wall. Once the obstacle becomes common knowledge at NASA, the project transforms from one of prestige and glamor to one of embarrassment. The slowed progress grates on David's patience. Then he decides to do the unthinkable!

Join David on this adventure of a lifetime as he realizes that not only has he been chosen to be on this NASA team, but he has been chosen for a much more significant task. A task, that once accomplished, will change David's life forever.

What listeners say about Discovery in the Desert