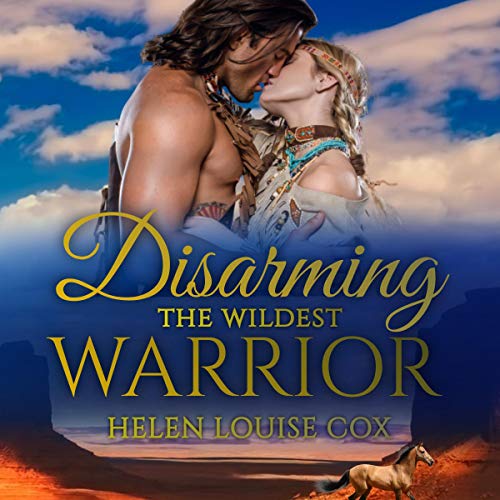 No more English tea parties with her father's medical colleagues for Gilda Griffiths. She left those behind for the open Virginia plains and plans to leave the East Coast, too, before a violent figure from her past catches up with her. When Williamsburg bully Emmett Lawson assaults an elderly Shawnee chief, however, Gilda feels compelled to use her medical background to nurse him, despite the vocal protests of his embittered yet devastatingly handsome son.

Blue Sky knows his destiny is written in blood. If his father dies, it will fall to him to keep the Shawnee people alive and safe from the cruelty of the white settlers who slaughtered his mother. Nothing can distract him from his duty until Gilda hustles her way into his life. How can this woman penetrate the armor he spent so long constructing with a single glance? And why is he tortured by thoughts of making her his?

While Gilda and Blue Sky grapple with their forbidden attraction, the dark threat Gilda fears most moves ever closer across the Atlantic. Can Gilda and Blue Sky put their pasts behind them and ride together towards a future neither of them believed could be theirs?

What listeners say about Disarming the Wildest Warrior