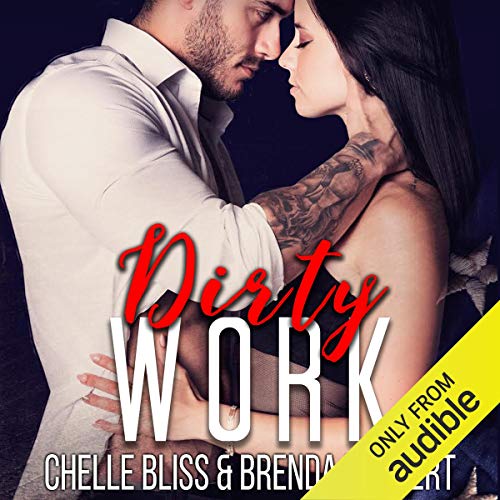 I hate him. Jude Titan is everything that's wrong with the male sex: cocky, domineering and loaded with swagger. Oh, and did I mention he's a Republican? Yeah, the guy's so conservative he leans to the right when walking. And lucky me, I'm running against him for Senate. But I've got plenty of fight in me. A golden boy war hero opponent with a smile that leaves melted panties in its wake? Bring. It. On.

Damn, she's sexy. Reagan Preston intrigues me from the moment I lay eyes on her. And speaking of laying...I want between those thighs. But I want to make her burn for me first. Every debate and stolen moment is foreplay for us. She claims she hates me, but her body tells a different story. I plan to win this election, but I also want to win the sharp, fiery Democrat who captures my attention like no woman ever has. Politics is filthy, just like all the things I want to do to Reagan Preston.

Who knew these two would be so strong together.. they definitely didn’t .. what started out as a campaigning against each other to a united front .. they made it work and came out with a very special union .. perfect..😘😘😘

Gosh, Who Knew Politics Could Be So HOT!


I loved EVERYTHING about this one! The cleverly written story! The STEAMY, HOT, OFF THE CHARTS CHEMISTRY! The characters! The conflict of interest! The secret texts! The stolen moments! Ok, I didn't love everything.....why did she have to have all the dirt, and he was squeaky clean! 😏At first, I was all Team Reagan, then comes the swoon worthy Jude with his seductive charming self, and I was a goner....All his teasing, flirty, and steadfast morals had me cheering for Team Jude! Wow! I loved how these authors pulled off the ending! I'm definitely getting the next audio in the series!

Loved the narration, Kirsten and Sebastian killed it!

Dirty Work was an AWESOME audio, and fun to listen too! I loved it! And all the sizzling hot chemistry! For me, it's FIVE STARS all the way! Well worth the time, credit or sale.

Even Sebastian York can't save this story!

I can't find appropriate enough words to describe how much I disliked the plot of this story. If you like strong, enpowered women, this book is not for you.

I was a little surprised that this was a political love story and I probably would have put this on my maybe someday list if I had know but I'm so glad I didn't. It's so much more than that, it is kind of an enemies to lovers story even if they weren't really enemies but everyone thought they should be.
I have to say I loved Jude from the beginning! He was a man that didn't play mind games, he knew what he wanted and he went for it. He was honest and had a goal and a plan and no matter how much it hurt others, he didn't sugar coat it, he said it like it was and not it a mean way at all. In the end this book had a great love story and was fairly hot too ;)

Narration was great... but that is no surprise with these two narrators!

I've never read a romance about politicans so I was intrigued. It was a good story well developed. Only thing was that I kind of felt like the female character maybe a little bit lost her own goals. She went from Dad to love interest and never really felt like she had her own plan. Would have liked to have seen pioneer her own cause at the end.

This book was slow and at times hard to keep listening. Not enough romance and more political stuff and war issues. Those are serious issues don’t get me wrong but I want trivial love stories. It was a bit much for a romance. It just didn’t suck me in. I felt no attachment to the characters. It didn’t make me invest my emotions. Sorry not worth it for me

I never would have their possible to hate a Sebastian York narrated audiobook. Unfortunately, this title has won that distinction. HATED IT! I had to fast forward parts to finish. Bad decision!!! The storyline just gets worse. Avoid this book and its unlikely plot.

This is my first book by the authors and I must say it will not be my last. This book had everything you could ask for in an awesome read. Who knew that politics could be so hot. Jude and Reagan were so hot together. This was such a feel good romance and narrators did an excellent job. I already have the next audiobook in this series and can't wait to devour it.

Unbelievable story. So disappointed. This was a total waste of a credit. Even Sebastian York can't save it.

Dirty Work is the first book I've read by either of these authors and I was hooked from the first page till the last! It's an enemies to lovers and a bit of a forbidden romance also!
Jude and Reagan have amazing chemistry but are opponents in the race for Reagan's father's senate seat and the battle gets heated.

You’ll always come first with me.”
I smile. “When you say come first , do you mean that figuratively?” His laugh is low and sexy. “I mean it both figuratively and literally, baby.”

I listened to most of this on audiobook and loved the narration! I can't wait to read (& listen) to more by these authors!!!

What did you love best about Dirty Work?

I loved the book when I first read it but the voices of Kirsten and Sebastian brought the story to live in the sexiest way possible.

Both main characters. There were were rounded with a depth to them. The authors did a fabulous job telling their story and making it current.

What does Kirsten Leigh and Sebastian York bring to the story that you wouldn’t experience if you just read the book?

They bring the main characters to life, they make their story more believable, adding some serious sex appeal to it.

I appreciated the fact that the authors put a great effort in writing a realistic story. You can tell by their writing that they were attuned with each other due to the easy flow of the story. I'm grateful that they picked two excellent narrators to bring the audio of this story to their readers.

Although ended too soon. Gripping from 1st chapter. Well done to the Author and Narrators.

Was the first book by these authors for me! Who would have guessed that politics could be so dirty lol. This was also my first political type book, I enjoyed it very much.

The narration was very good too, both narrators was amazing.

I am addicted to Chelle Bliss books!!

There is plenty of sexiness, passion, swonny moments, drama and steamy times. Such a terrific story with engaging characters. A pageturner for sure even thow you don’t turn the page lol I encourage everyone who loves romance books with extra a steam, heat and sexy times. Excellent start to a series with characters that will make you want to read the entire series. Happy listening!!

I loved this story, the chemistry between Reagan and Jude was wonderful. I also loved this audio book because it had two narrators which I personally prefer.

I’ve been a fan of Chelle Bliss books for some time and after getting a new job which requires quite a bit of travelling, I was told to download audio books to help with the boredom of long journeys.
Fab fab book. If you love reading her books you will love the audio books.

I loved the story!! Reagan and Jude have some of the best tension and chemistry I have read in a long time! This is a fantastic enemies to lovers! Both of these characters are endearing and loveable! I didn't see the twists coming, and I loved the journey including the long torturous sexy slow burn🔥🔥🔥

I enjoyed this story. This enemies to lovers political rivals story was a sexy, forbidden, slow burn romance and I was hooked from beginning to end. The main characters Reagan and Jude had intense chemistry and I loved the back and forth banter between them. The storyline had some unexpected twists and turns and had me engaged from beginning to end. I would recommend this novel to all lovers of political enemies to lovers romance.
I listened to the audiobook version which was narrated by Sebastian York and Kirsten Leigh. They were fabulous choices for the role and perfected suited the characters. They had great pace and timing and really brought the characters to life. It was a pleasure listening to them narrate this novel.

Listened to this book in one sitting couldn’t put it down. I loved the enemy’s to lovers relationship between Jude and Reagan just wished the book was longer I wanted more. Would definitely recommend!!!!

I don’t usually read political novels however you soon get pulled into the push and pull of the 2 characters. With a slightly slow start Chelle Bliss and Brenda Rothert have done a great job to create the sexual tension with a few twists and turns between our 2 characters, Jude Titan and Reagan Pearson.

Both Jude and Reagan are running for political office and stand on opposite sides of the fence. Jude a decorated war hero while Reagan grew up surrounded by politics due to her fathers history in office as a senator.

Sparks fly instantly when Jude meets Reagan, while Jude knows what he wants and that’s Reagan underneath him, he knows it’s risky but he just can’t seem to fight the attraction he has to her. You feel Reagan’s fight between doing what needs to be done to win and what her body wants her to do, this ultimately leads us to a lot of steamy sexual tension.

Once I got a few chapters in I actually started to enjoy this book and couldn’t put it down. I enjoyed the witty banter and the way this brings the sexual build up between both characters.

The narration for this book is fantastic, Sebastian York’s voice is like velvet, strong, smooth and definitely sexy which is just what Judes character needed, while Kirsten Leigh’s voice is confident and portrays the character well with plenty of infliction in her voice to bring Reagan to life. It’s a must read!

I love an enemies to lovers story !! This one revolved around politics which made it so much different than anything else I've ever read.

Loved the audiobook as well it was delicious to have Jude in my ears.