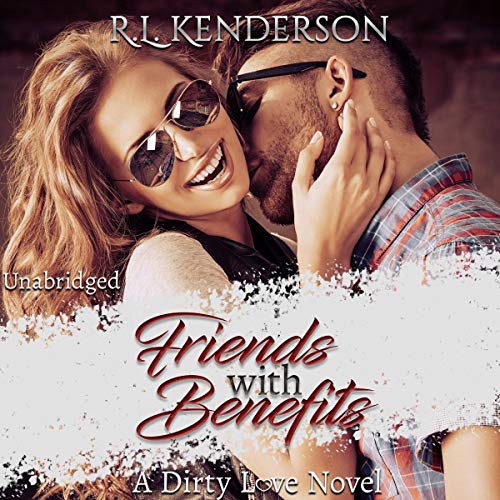 She's unable to resist him....

After returning home due to her father's illness, Elise Phillips reunites with her college friends, including Luke Long. Luke was a player back then, and Elise had always prided herself on not being another notch on his bedpost.

Luke is still gorgeous though, and he knows it. And he checks all her boxes - intelligent and sexy with muscles and a hard body.

Following a night of beer and shots, her resistance runs out, and he finally does check her box. And Elise knows that it can never happen again.

Luke had always thought of Elise as the pretty girl that was friends with his roommate's girlfriend, but now she's all grown up. When their night of passion rocks Luke's world he realizes he must have her again.

The two enter a friends-with-benefits relationship with the agreement that they're just going to have fun.

But all that changes when Luke steps in to help Elise, and now the player she avoided is the person she doesn't want to live without.

What listeners say about Friends with Benefits

The story and characters were pretty good but the narration really let the story down, if you have a spare credit I would get this book

This is the first book I have listened to or read by this author and I absolutely loved it! The words just flowed right off of the page and right to my heart...such a well written story that starts out as just a fling and turns into so much more...all the emotions and the feelings they seeped right into my heart. The chemistry between Luke and Elise just leaped off the page, you could tell how much these two really cared about each other. This was an easy listen that left you with all the warm fuzzy feels. I really felt like the narrator, Anne James, did a great job of making these characters come to life for me.

GREAT GOT TO READ IT, YOU WILL ENJOY IT A MUST.

Love the easy story line great book. Tell everyone about this book. Some parts are funny.

After her father was diagnosed with cancer Elise has returned home to help out her family. While out with friends she reunites with Luke the former hockey college star. They had always been attracted to each other however she didn’t act on it because of her conservative upbringing and he was a player and he didn’t act on it as his best friend was dating her best friend and he didn’t want it to get uncomfortable.

A few drinks later and they act on their attraction however one night is not enough for either of them. As they spend time together Elise realizes that there is much more to him than his outward persona but is there a compromise to be had between two very different people with very different lifestyles?

The narrator did a great job at bringing the story to life and helping you experience what the characters were experiencing.

I enjoyed this book very much. It was my first time reading thus author. Luke and Elise weren’t perfect people which made them feel more real. I enjoyed the surprise revelation about Luke.

A very steamy listen, but a great story!

This is a steamy romance with some interesting story twists. The characters are quirky and likable, and the other topics woven into the story make for an interesting and relevant listen. The narrator grew on me as the story progressed. Definitely would recommend if you like your romance novels a little "Dirty"!