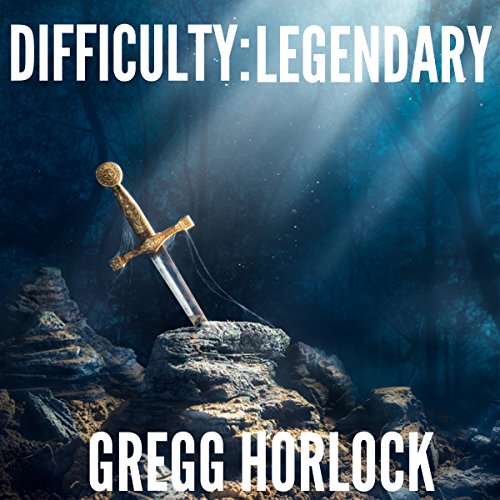 In the world of Re:Fuze, anything is possible. Fortunes can be made, and the unlikeliest of people can find glory in a land of swords and magic.

With low Job Qualification (JQ) scores and two years of national service looming, Eric Templeton knows he is doomed to a life of poverty. When he is given a chance to enter the game, he knows he has the opportunity to save his family from their desperate situation.

But when he enters the game, Eric isn't spawned into the newbie camp of Blundow. Instead he is sent to the darkest regions of the map, filled with creatures beyond his level. He stumbles across a conspiracy that no newbie should ever see, and he knows that he can't hope to survive.

Had potential but could not empathize with a character who is supposed to be smart but kept on making dumb decisions. By 2/3rd of the way through this book I want the hero to die. His decision Making was so painfully unrealistic.

Overall I enjoyed this book. Only problem is that it was too short. Sort of left you hanging waiting for more.

Has been done before better

What would have made Difficulty: Legendary better?

To make this book better a story line to follow the introduction. As it is i feel like I have read this before some where else. The cost vs length of the book is another issue, as better books have given me four to five times the value at the same cost. I do like te performance of Guy Williams and look forward to his work in the future.

The phantom castle or Split the Party

Ridiculously short 1st book of a serie. A main character convinced he is intelligent and kind. But really as dumb as a rock and hold grudges against everyone. Supposely grew up poor, had other take advantage, and lord themselves over him. But he is surprised when he is abused or take advantage of... then spends forever internally threatening every slight. So the main character is a weak willed, stupid, loser.... Waste of a book. I hope the loser dies...

This book has an excellent story if you are a game nerd, but it is really short.

we are made to feel sympathy for the main character's plight, and there is no payoff in this story. only a couple of mystery nuggets and more expected betrayal. very cutthroat with no relief.

This LitRPG is horrible. The main character is and his family are idiotic and deserve most of what bad things come their way. The main character makes stupid choices that turn out better than they should due to his sense of self-righteousness. The economy and politics of the world the author created make no sense. It is a stupider version of every dystopic young adult novel that panders to people's sense of resentment. That can work but it is so crass and poorly handled in this that it just annoys you. The villains make no sense. The protagonist makes little sense. His family is a bunch of idiots who insist that they are smarter than society will admit except their every action proves that they are idiots.

This was a tough book for me to review. I keep trying to find a really good short Litrpg story, something that in under 5 hours to listen to and be amazed by, and so far I keep coming up short, no pun intended. The issue that I have is that the story is pretty decent, but the narration is of such meh quality that it lowers the potential of the tale. The reading style is solidly mediocre and mostly monotone in melody. The story is set in the future where you get entry into a game called REFUSE one time. You get to play as long as you can until you die, and then that is it, as Hudson would say it’s Game over man, game over. You don’t get to go back. The MC, makes it inside the game for an hour before dying, because he is sent to a level 70+ area even though he is level 0. He protests the death, because he was not placed where he needed to be, but it all falls on deaf ears and he is doomed to enter military service. Then, someone sends him a cheat and he reenters the game, with a chance to earn some much needed credits for his family. He then proceeds to doing every single thing wrong that he possibly can, and never learns from anything. He is a complete and utter noob.

That is the one part that makes this believable to me. His family is really poor, and it takes credits to do everything in the society he is in, and just looking information up on the internet costs more money than he can afford, so he never really had a chance to learn about the world he is entering, or what options he had skill wise, magic wise, and so forth. He goes into it blindly, and his trusting (or stupid nature) is evidenced by how he handles a woman on a bus in need of credit to get home. So, you can forgive him for doing altruistic things even though you know that they will never work out right for him.

As I said, William’s narration is unexciting, weak, and lacking any real impact to the story. It’s kind of like someone in need of sleep trying to read you the business section of the newspaper that’s upside down. It’s not going to get far. It’s not so bad that I wanted to plug up my ears, but this was a short book, and I didn’t have to listen all that long. There is a follow up tale called Tinker, Tailor, Giant, Dwarf, which I have already purchased, so I may review it in the future. We’ll see, because that is a 7 plus hour adventure, and I don’t know if I can handle Williams that long.

This could have been a real gem, but the narration was a major flaw.

Even though I did receive a promo code for this review it in no way influenced my considerations of the material, and in fact, inspired me to be more honest. Getting a code generally makes me harsher as a reviewer as I am more often concerned what someone like Me will decide based on my review.

As seen on the LITRPG AUDIOBOOK PODCAST, please check it out on Youtube.com

I would have given a better review but I felt it was too short for its price.

Author makes his protagonist a giant fucking retard in order to further the plot. He sees the technicians dont give a shit, he only gets one shot, so what does he do when he finds himself in an extremely dangerous situation? Starts making a bunch of noise... Then he gets screwed over countless time, because he's a "good guy" (he really just a gulible dumbass). An annoyingly stupid MC.

Janus finally makes it out of the newb zone in this drawn out version of rpg fantasy. progress is agonizingly slow in this story for veteran readers. recommend only as an introduction story to litrpg writing.

brill you got to get this

If you could sum up Difficulty: Legendary in three words, what would they be?

its brill and funny I love these types of audiobook the fun to listen too. this book is the best you just got to get it, cant wait for book 2

A short book, but good fun and looking forward to reading the next in the series!

11 chapters , left hanging at the end . My advice is to wait until the author finishes the book for this reason one star

not worth the time it took to download. a step by step account of an idiotic newbie playing Warcraft type game. no humour or clever prose, just almost gameplay emulated drivel with a hint of storyline direction that in no way captures you.