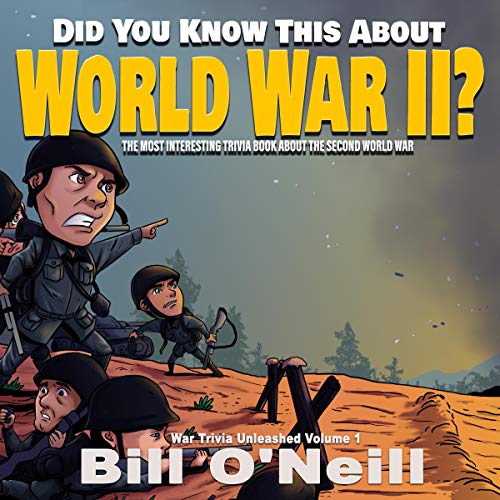 Did You Know This About World War II?

In this book, you’ll find the answers to the following questions:

This book is packed with trivia facts about World War II and written in a way that not only teaches you about some of the lesser known facts about the most important war of the 20th century, but also to test you on your knowledge of those facts. Some of the facts are surprising, some of them are strange, but all of them are fascinating and will keep you wanting to hear more! You’ll learn everything you could have wondered about World War II and then some.

You might think you already know a lot about World War II, but I guarantee that the World War II Quiz Book will introduce you to new facts, people, and events. It will be like you were there fighting the battles on the Eastern Front, North Africa, and the Pacific.

So, what are you waiting for? Listen to this book and discover the things you never learned about the Second World War but wish you had.

What listeners say about Did You Know This About World War II?