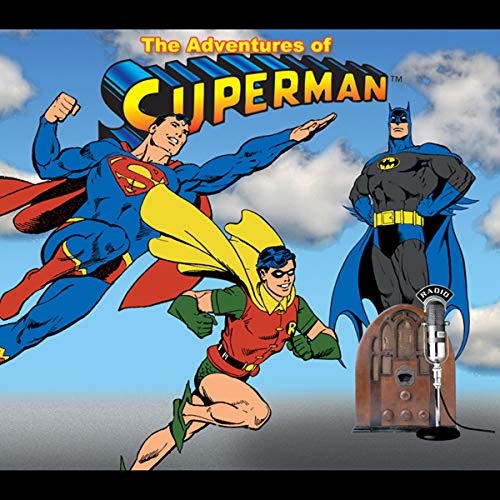 By: Adventures of Superman

Debuting on March 12, 1940, The Adventures of Superman was an instant hit. It starred Clayton "Bud" Collyer in the dual roles of Superman and Clark Kent, and was a radio mainstay until its final episode in March 1951. In all, "Bud" Collyer played his most famous roles in more than 2,000 episodes.

"The long-running adventure serial...was one of the hallmarks of the Golden Age of radio....Superman was never able to fly as high on television as he had for an adventure-filled decade in radio's theater of the imagination." (Anthony Tollin, "Superman on Radio")

What listeners say about Diamond of Death

I love anything with superman

nice to her some old episodes of superman.. from back then when everything was radio or black and white tv

If you could sum up Diamond of Death in three words, what would they be?

What was one of the most memorable moments of Diamond of Death?

Which character – as performed by the narrator – was your favorite?

Clark Kent/Superman - as always the actor Bud Collier is spot on with his potrayal of the classic DC Superhero!

Kept me interested the entire length of the episode!

Looking forward to more episodes of this series and of this quality that I have come to expect from Radio Spirits!