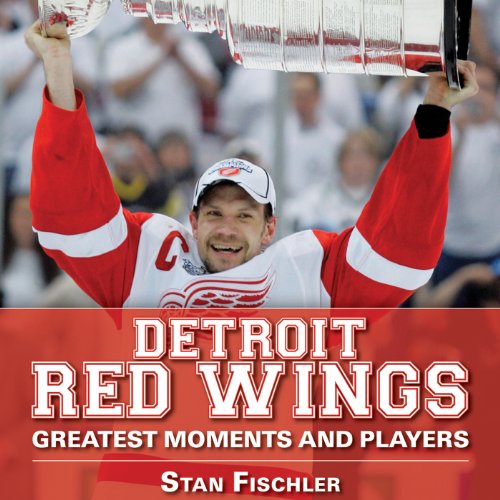 The Red Wings are a team steeped in history, stretching as far back as the late 1920's. But this team's history is a living one, and they continue to be one of the most predominant teams even in the modern arena of the NHL.

Author Stan Fischler seeks to reveal, and expound on the one of the greatest North American teams to play the game of hokey, in addition to the players who gave them that status, with his volume, Detroit Red Wings Greatest Moments and Players. The significance of this audio is increased tenfold by the lauded narration of Keith Szarabajka.

Stan Fischler, the dean of American hockey journalists and best-selling author of more than 60 books on hockey, profiles the heroes of Hockeytown in Detroit Red Wings: Greatest Moments and Players. One of the National Hockey League's "Original Six", few teams in professional hockey have enjoyed more success than the franchise in Detroit. Among the players Fischler glorifies are the immortal Gordie Howe, Terry Sawchuk, Ted Lindsay, Alex Delvecchio, and Sid Abel, all players whose numbers reside on banners in the rafters of Joe Louis Arena. Fischler also writes in-depth stories about current stars such as Steve Yzerman and Brendan Shanahan, as well as Detroit's highly successful coach, Scotty Bowman. This book is a must for any sports fan's library.

well written ... the narrator ruined this . awful and unnecessary accents and absolutely no knowledge of hockey ..maybe idk get someone who knows the names he's trying to read or the terms of the sport . returned sadly .