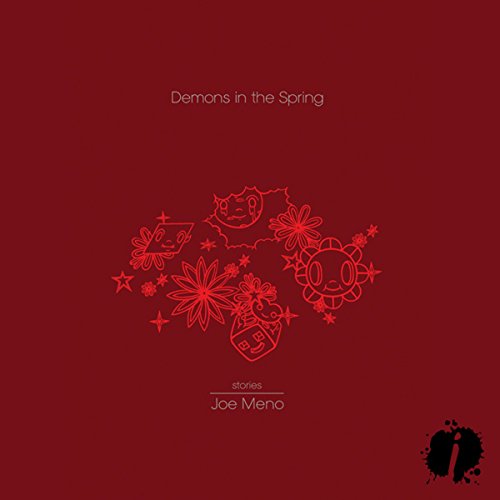 Demons in the Spring

This is an Audible IndieFirst selection.

Demons in the Spring is a collection of 20 short stories by Joe Meno, author of the smash hits The Boy Detective Fails and Hairstyles of the Damned.

In these stories, oddly modern moments occur in the most familiar of public places, from offices to airports to schools to zoos to emergency rooms: a young girl refuses to go anywhere unless she's dressed as a ghost; a bank robbery in Stockholm goes terribly wrong; a teacher becomes enamored with the students in his school's Model United Nations club; a couple is affected by a strange malady - a miniature city which has begun to develop in the young woman's chest.

These inventive stories are hilarious, heartbreaking, and unusual. While many of them have never been previously published, others have been featured in the likes of LIT, Other Voices, Swink, TriQuarterly, and McSweeney's.

"The power is in the writing. Mr. Meno is a superb craftsman." (Hubert Selby, Jr.)
"Eclectic, funny, constantly surprising - these are the things a short story collection should be allowed to be....a rich, unforgettable stew of a book." (Dave Eggers)
"This short story collection succeeds word to word, sentence to sentence, and cover to cover." (Publishers Weekly)
"Narrator Victor Bevine tackles these stimulating stories head on, displaying his range as he brings an avant-garde cast of characters to life and makes each as relatable and true-to-form as the last. Not one for over-the-top theatrics, Bevine relies upon his bass voice to make listeners laugh, cry, and, most importantly, scream." (AudioFile)

What listeners say about Demons in the Spring

I loved this book. I loved all of these stories. So funny. So clever. Even the sad stories left me smiling because they're so well written. The narrator is perfect too, what a bonus. I couldn't recommend it with more enthusiasm.

I bought this based on curiocity alone. Lots of these stories, folks, are just plane weird. I do have to agree with a few of the other reviews...some of the stories end without resolution, but maybe it's one of those deals where it's up to you to make up the ending? I don't know. What I do know is this guy Joe Meno is definitely inventive. A woman who turns into a cloud several times a day? A miniture city grows inside a woman's chest???? A girl who refuses to go anywhere unless she's dressed up like a ghost? they're entertaining to be sure, some of this stuff really is inventive, that's for sure. I just don't know if I would recommend it to anyone who isn't used to these kinds of stories. I must admit that even I'm still shaking my head here.Let's just say, I think this guy was smoking the good stuff, or the bad stuff, depending on your point of view while writing these. If you're really curious check it out. But be warned you're in for something incredibly weird.

I tried - I really tried to like this book, especially since it came recommended by a good friend. But as many other reviewers are pointing out, you either love this collection or you 'don't get it'. I fall into the latter camp on this one, and while I think Bevine's performance is fine, it seemed to me like the stories were weird for the sake of being weird, and I just couldn't get into this one.

Quirky and unique. A few of the stories, although good, weren't my "cup of tea" but that was more than made up for by the others that I have since gone back and listened to repeatedly. Good narration, too. All in all, well done.

Maybe not for everyone, but perfect for me.

I bought this Audiobook on a whim. One of those whims that I was sure to end in disappointment.

To my surprise and pleasure, I was incredibly wrong.

Joe Meno's stories opened me up to new ideas of what storytelling can be. His stories are like dreams - they are illogical and strange. But if you have the courage to alter your suspension of disbelief, you'll find that they begin to make sense in a beautiful, symbolic way.

I love these stories with a passion. Obviously, they don't appeal to some people. So, if you are the type that always wants logic and predictability, maybe you should pass these stories up.

Not My Kind of Read

Big disappointment. Try as I may to grasp what was being read I could not. As soon as one story got the least bit interesting it was over and another one dragged its way into my mind. I could never connect with any of the characters. I wish there was some way to get a refund. Note to self never buy a book that has not been thoroughly reviewed!

This collection of short stories is lukewarm at best. There are a couple of good ones which end without resolution. The rest are so far-fetched they are ridiculous: A woman changes mysteriously into a cloud several times a day. It's driving her husband nuts. A boy changes into a firecracker and mystifies his parents. I am sure if I were more high-minded I would understand the metaphorical or allegorical meanings behind these weird tales. But I am not high-minded. Or even high. The author is!

Never buy a book based on the hype

After the first 4 stories, I am done with it. There is nothing offered other than fractious, ordinary moments in the lives of boring people. The stories end without any attempt to either make a point or offer a conclusion.

These short stories are a little quirky, but only occasionally compelling enough to not make you want to "spin the iPod roulette wheel" and forward to the next story. They seem more like sketches from an MFA creative writing class than short story narratives.

Some good stories, but not great as a whole