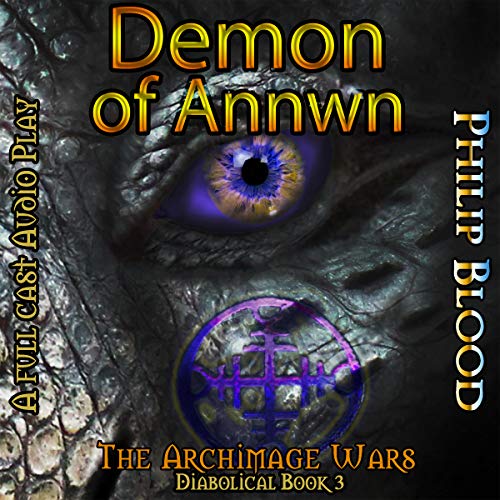 This is a full cast audio play, which means that there are many different voice actors playing the various parts of the book, with even some sound effects added.

The story of The Archimage Wars is an urban fantasy series. The story begins in current time, on Earth, but don't let the time or place fool you! Truth is stranger than fiction, and the truth about Earth and what it really going on will confound and amuse you!

Join the lead character, Nick, as he continues his crazy adventure, now heading for the fabled fantasy world called Annwn, as he takes you on a diabolical journey the next of the Ten Worlds. Nick must not only survive, but he must relearn to use the magic he has forgotten if he is to survive the Ascension Quest and unravel plots so twisted and deep you would need an Albus Sorceress to help you find your way through! Fortunately, you will have one to help you figure it all out.

On this journey, you will discover things that are hidden in all of Earth's history, wars, religions, famous people, movies, books, legends, and myths, and while doing so, uncover the truth about our universe! It is not what you think.

This novel series will take you on a quest across many strange fantasy worlds, not the least odd of which is Earth. The worlds range from almost Tolkien fantasy settings to modern day technology, and everything in between!

Do you dare find out the truth?

What listeners say about Demon of Annwn