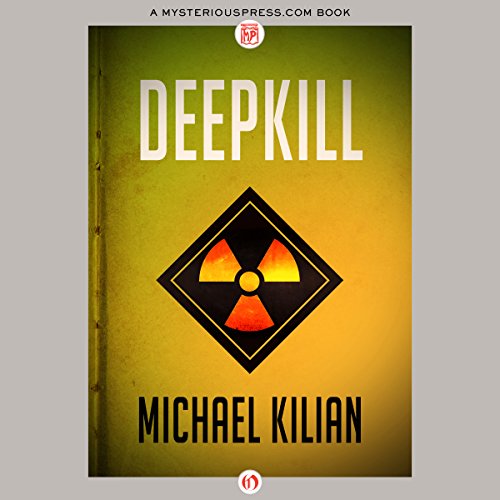 After a botched terrorist plot, a coast guard agent uncovers a terrifying threat against America.

The plan is simple. The moment the Homeland Security adviser reaches the middle of the Chesapeake Bay Bridge, a team of suicide bombers will rush his car, killing him and destroying the bridge. But as the plot's mastermind watches from afar, he sees only two small explosions. The bridge has survived; the plan has failed. He will have to find another way to bring terror to the United States - and he's about to get a fearsome opportunity.

Investigating the attack, coast guard agent Erik Westman meets a dying air force pilot who claims to have dumped a nuclear bomb off the coast of Delaware in 1967. It's still there under 30 feet of water, waiting to be used by anyone mad enough to detonate it. If Westman can't reach the weapon before the terrorists, the nation's capitol will burn.

What listeners say about Deepkill

This needs to be a series

I know the author has passed away but I would love to see another writer take on the characters similar to what Kyle Mills did with the Mitch Rapp series from Vince Flynn and make this into a series. I think there is an untapped mine of material for someone to use with the Coast Guard, DHS, terrorists, etc.