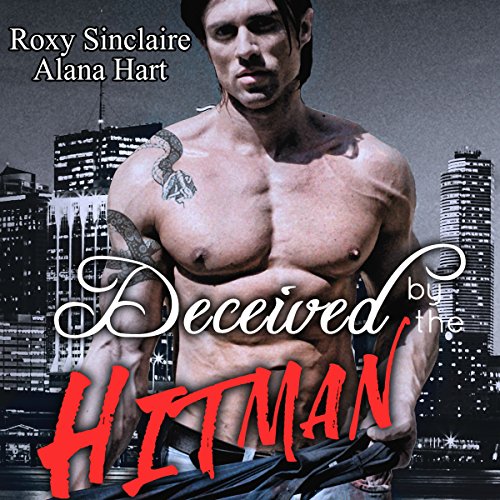 Deceived by the Hitman

He goes after what he wants. And he wants her. The only problem: His next hit is her best friend.

Hitman for hire Mitch agreed to one last job. This one would allow him to retire from the game for the rest of his life, to a quieter and secluded life. He bumps into Rose, a curvy young woman whose free spirit calls to him. He can't answer, though, as he's aimed at his target. Giving in to her siren's song will end his dreams and maybe even his life.

He's everything she ever wanted. But he's also a killer.

College student Rose is looking to blow off some steam before exams, and her best friend knows just what she needs: a man. Rose thinks Mitch, the hot, over-the-top alpha, is perfect. Almost too perfect. She doesn't realize that his secrets could get them both killed.

Does he pick the target or the girl? Will Rose ever trust Mitch? Does she have a choice?

What listeners say about Deceived by the Hitman

What did you love best about Deceived by the Hitman?

Mitch was my favorite character everyone needs a strong sexy male on there side.

The part where Rose found a picture of her friend Kelly in an envelope that Mitch had with him and when she was talking to him and they shot her friend.

Fantastic book I loved the hot sexy scenes between Mitch and Rose. There chemistry was so great together.

I love the fearless writing in this book. Great storyline with excellent emotion. Good strong characters with great personalities. Fantastic performance from Sierra.

I listened to this book and I really wanted to like it, well on some levels I really did like it but there were some inconsistencies in the story which grated and better editing would have helped. They were only small things like hair color changing and saying they were in the bedroom, then going into the bedroom but they did grate.

When Rose first encounters Mitch she accuses him of trying to Kidnap a child but the 4-year-old boy screaming his head off was lost in the park and Mitch had been trying to console him but ended up cussing which is how Rose finds them.

This hitman and college student meet again and feel an attraction towards each other but he's been hired to kill her best friend - will he?

I'd like to say more but that would involve spoilers so all I will say is the chemistry is hot as is the sex. Parts of the story I found to be totally unbelievable but I still enjoyed it.

The narration was excellent.

I was given this audiobook as a gift and am voluntarily writing my review.