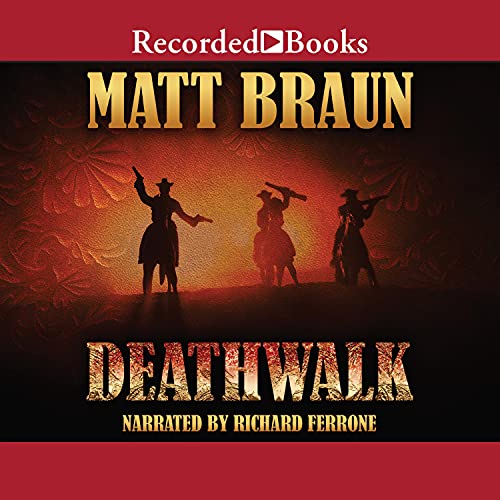 Could the most feared gunman in the West...

Ben Thompson carved out a name for himself as a gambler and a shootist - from Dodge City to the Rio Grande. But settling down in Austin with a wife and young son didn't settle Ben's taste for the sporting life. He still found himself in the gambling dives - where the turn of a card too often led to a shootout.

Become a respectable lawman in the wildest city in Texas?

Soon a circle of powerful businessmen decides that Thompson is the only man who can tame Austin's wild side. They ask him to rule the streets - and take no prisoners. They want him to take on the job of a marshal in a town in which every man packs a gun. Thompson's career as a lawman is about to take an explosive turn. He finds himself at a crossroads: Is his personal code of honor the price for a tin-star badge? It's a risk he's willing to take...even if there's no going back.

What listeners say about Deathwalk