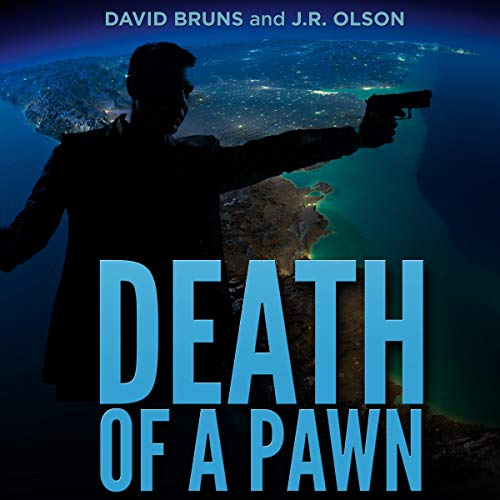 Death of a Pawn: A WMD Companion Story

When Special Prosecutor Alberto Nisman was found dead in his Argentina apartment mere hours before his testimony before Congress about linkages between the Argentinean President and the Islamic Republic of Iran, his death was initially ruled a suicide. But as facts emerged in the days after Nisman’s death, the public outcry for justice grew into a roar.

Death of a Pawn, a companion short story to the full-length thriller about modern-day nuclear terrorism, Weapons of Mass Deception, takes a fictional look at the real life tragic death of Alberto Nisman and the possible links to Iran and Hezbollah.

What listeners say about Death of a Pawn: A WMD Companion Story

A well-written story from a very good author

Death of a Pawn: A WMD Companion Short Story, my second read from authors David Bruns & J.R. Olson. well-written, exciting, enjoyable short read. I bought this book back in August of this year because I already owned Weapons of Mass Deception (The WMD Files #1 & Battle Djinni: A Short Story (The WMD Files Book 4). Adam Verner's narration adds to the book’s enjoyment. I can’t wait to get the next book. (RIP Marley January 20, 2014 - July 24, 2018).