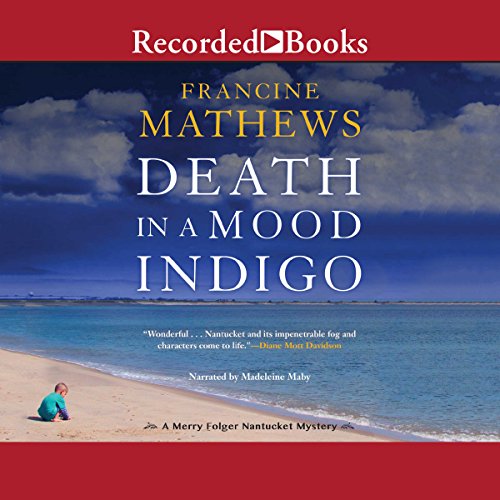 Death in a Mood Indigo

The third book in the recently revamped Nantucket mystery series.

When two children make a grisly discovery on Sconset beach, Detective Meredith Folger finds herself with a perplexing case on her hands. The crime lab can tell her only that the newly unearthed skeletal remains belonged to a woman who was strangled to death somewhere between two and 10 years ago - a conclusion that sends Merry sifting through old missing-persons files.

But then a shocking piece of news changes everything. The Massachusetts police have arrested a man they believe to be a serial killer. His five known victims were all women - all strangled. Is Merry's Nantucket skeleton the killer's final victim? And do the state cops have the right man?

When the murderer strikes again, he'll draw Merry into a deadly cat-and-mouse game in which she's the final target.

Francine Mathews worked for four years as an intelligence analyst at the CIA. She wrote her first book in 1992 and left the agency a year later. Fifteen books have followed, along with sundry children, dogs, and houses. When she's not writing, she likes to ski, garden, needlepoint, and buy art.

What listeners say about Death in a Mood Indigo