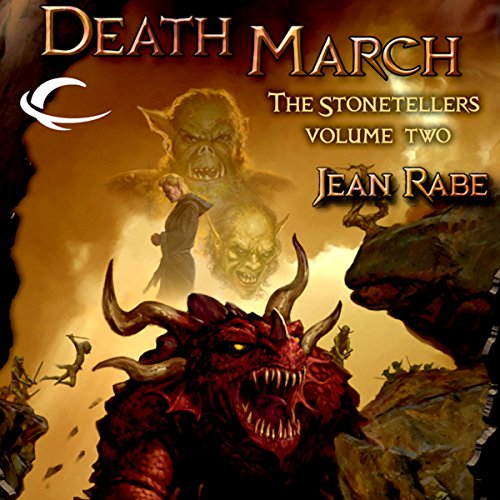 Escaping from the slave pens of a Dark Knight mining camp was no easy feat, but what awaits Direfang, a former hobgoblin slave who has become the reluctant general of a growing goblin army is every bit as perilous. From the cruel ogre mountains to the shores of Newsea, Direfang, Mudwort the shaman, and the Dark Knight wizard Grallik fight the natural and unnatural forces that seek to destroy them. Direfang is tested to his limits by once-friends and powerful foes as he undertakes a death march to the Qualinesti Forest. His eyes on independence, Direfang refuses to surrender, and pledges his life for a chance to be free, even as he learns that freedom is a deadly prize.

What listeners say about Death March