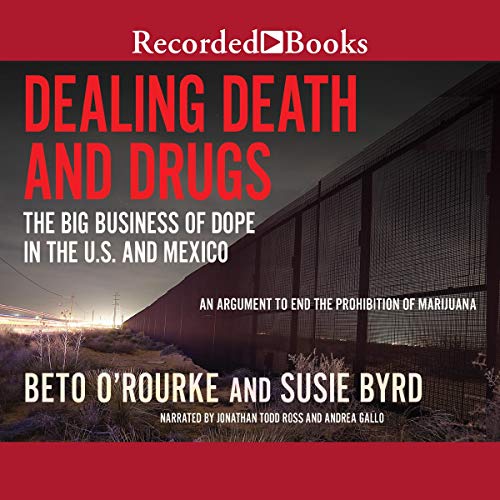 The War on Drugs doesn't work. This became obvious to El Paso City Representatives Susie Byrd and Beto O'Rourke when they started to ask questions about why El Paso's sister city, Ciudad Juarez, has become the deadliest city in the world - 8,000-plus deaths since January 1, 2008. Byrd and O'Rourke soon realized American drug use and United States' failed War on Drugs are at the core of problem.

In Dealing Death and Drugs - a book written for the general listener - they explore the costs and consequences of marijuana prohibition. They argue that marijuana prohibition has created a black market so profitable that drug kingpins are billionaires and drug control doesn't stand a chance. Using Juarez as their focus, they describe the business model of drug trafficking and explain why this illicit system has led to the never-ending slaughter of human beings. Their position: the only rational alternative to the War on Drugs is to end to the current prohibition on marijuana.

What listeners say about Dealing Death and Drugs