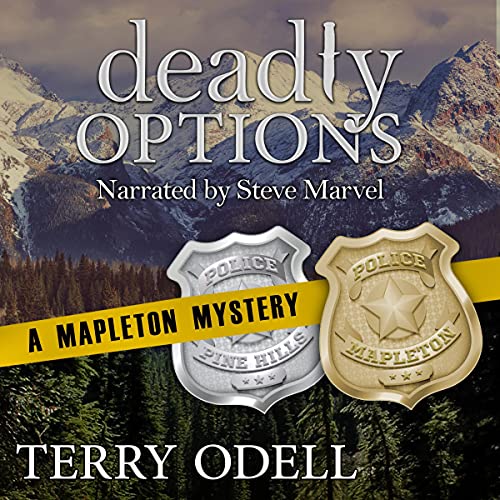 Are Gordon’s Days in Mapleton Numbered?

All Mapleton Police Chief Gordon Hepler wants is to enjoy a rare quiet moment and have a peaceful lunch. Before he can finish his sandwich, Angie, his wife, calls to say her business partner is going to be arrested at a wedding reception they’re catering. Seems her partner stumbled upon the body of one of the guests - the mother of the groom. Was it a natural death? Suicide? Homicide?

A death at an event could mean the end of Angie’s catering business. What will happen to their plans to move out of Angie’s cramped apartment and into a house they can call their own?

Gordon and his officers deal with questioning guests, including a self-centered bride and her new husband who doesn’t seem upset that his mother has died unexpectedly. Or was it unexpected? They’re eager to get off on their honeymoon.

So much for quiet. On top of a homicide investigation, the mayor’s making demands again. The crime lull is over. Angie and Gordon’s house-hunting brings an unpleasant surprise. Then there’s the matter of an unexpected letter from the mayor of Pine Hills, Oregon.

Is it time for Gordon to rethink his career?

What listeners say about Deadly Options