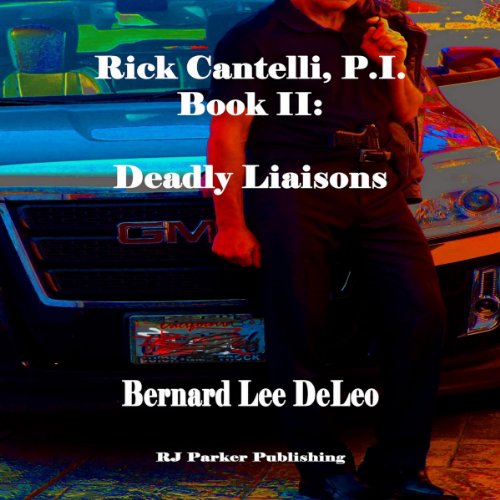 Rick Cantelli, ex-SEAL and his former CIA Counterpart, Lo Madigan are back and operating their Private Investigation business in the second audiobook of this series.

Love rocks Rick's world. He starts his seventh decade out on a sour note. The infamous Cantelli land of darkness and shadows engulfs everyone in this new chapter of Rick and Lois adventures. His prison pen-pal, contract killer Trish Rocha is set free, and Rick's world is on fire once again. Lois reveals their first meeting, and a few past interludes much to Rick's chagrin - including a liaison with a beautiful Mossad agent named Adina. A dreadful conjuring of the past explodes into present day Cantelli Land with a vengeance, but Rick and Lois are up to the mark.

Bernard Lee DeLeo is one of the purest writing talents I have ever had the pleasure of reading - a brilliant writing talent that I can only envy. (James Byron Huggins - New York Times Bestselling Author)

What listeners say about Deadly Liaisons