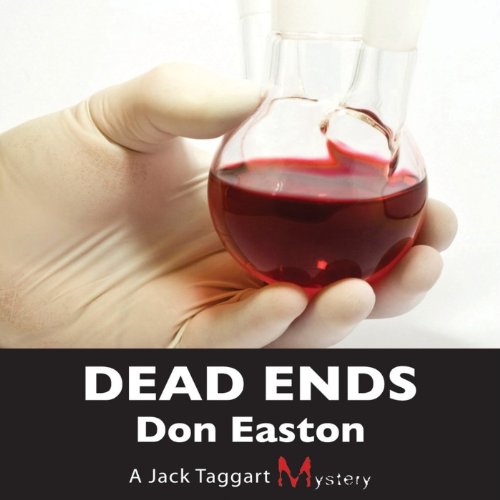 A brutal saga of murder, conspiracy, torture, and intrigue, Dead Ends follows Jack Taggart as he investigates a shadowy cabal that goes only by the name of Cocktail. Filled with hair-raising suspense and savage acts of violence, Don Easton's Dead Ends is a pause-resisting thriller. David Drummond's performance only enhances the story's already twisted tone. Drummond perfectly captures Jack Taggart's matter of fact persona and drives home each high-octane moment of danger.

Intrepid Mountie Jack Taggart is hurled into a world where morality, justice, and the legal system are pitted against one another. Taggart investigates the murder of someone who was in the wrong place at the wrong time. Wiretap information identifies a shadowy gang member known only as Cocktail as being responsible.

Taggart and his partner go undercover to join one of a coalition of gangs who are at war in British Columbia. Their mission is to identify Cocktail and gain evidence to convict him of murder. Taggart soon finds himself knee-deep in drive-by shootings, meth labs, retaliatory murders, and date rapes.

An offer of a truce pact to stop the gang warfare is arranged by Cocktail. Taggart, along with gang bosses, is taken to a remote location to discuss a peace agreement. What they find is that Cocktail has lured them into a trap of torture and murder.

What listeners say about Dead Ends