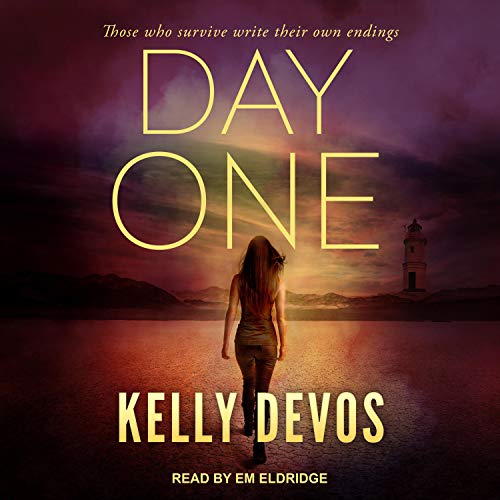 Rule One: Those who panic don't survive.

It's as true now as it was the day our world exploded into chaos.

Three months ago, all I wanted was to stay up late playing video games and pretending the world was fine. With my parents' role in a massive political conspiracy exposed, I ended up on the run, desperate to rescue my little brother, Charles, from the clutches of The Opposition.

I used to hate my father's obsession with disaster prepping. But as I fight my way across a war-torn country and into a secret military research facility with only my stepsister to count on, I realize that following Dr. Doomsday's Guide for Ultimate Survival might be our only hope of surviving to see Charles again.

Once, I had it all. The right backstory. The right qualifications. But my life as a student journalist was destroyed forever in the explosions that triggered the country's meltdown. Now I'm determined to help Jinx get our little brother, Charles, back. But we also have to find our own reasons to survive. Somehow, I've become the first reporter of the new civil war. In a world where your story is your ultimate weapon, I have to become the toughest freedom fighter of all.

What listeners say about Day One

I was so disappointed in this book after enjoying the first one. There are too many plot holes to mention. Almost none of the characters actions make any sense whatsoever ever. The mimicking of the Hunger Games is very apparent and then it’s just gone???
My wife and I both wanted all the characters to just die already. The narrator was very good again, but the storyline was just so weak!