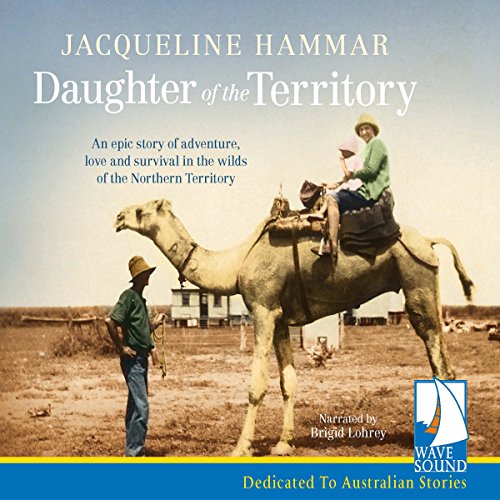 Daughter of the Territory

Daughter of the Territory

Born in Darwin in 1929, Jacqueline's childhood was spent in a succession of bush towns before she was sent to school in Darwin. Returning to her beloved territory, Jacqueline met and married stockman Ken Hammar, and they moved to a vast property in one of the most inaccessible areas of Australia.

With only a kerosene stove, scant possessions and a bed, Jacqueline’s determination and courage helped her survive many hardships as they created a prosperous 1,000,000 acre cattle station.

Changed my appreciation for Australia and all she has.

The story of Jacqueline's life give a better appreciation for the pioneers of australia than anything else I've seen or read. While only one part of our history, it's spans a good hundred years of the establishment of the foundation of the country.

But don't be fooled, this isn't a history book. It's full of stories as engaging and interesting as any movie
you'll see.

Absolutely wonderful. I'm recommending this book to everyone!

Quite boring if not into horses and cattle.

Didn't enjoy much of this book.

Spoken more about indigenous Australia and explained words and concepts not heard before to those outside of Australia. Other than that, couldn't change anything else.

I thought she read the book well generally.

Could you see Daughter of the Territory being made into a movie or a TV series? Who would the stars be?

This book wasn't for me bbut am glad I listened to it all the way through at least. wouldn't listen to again.