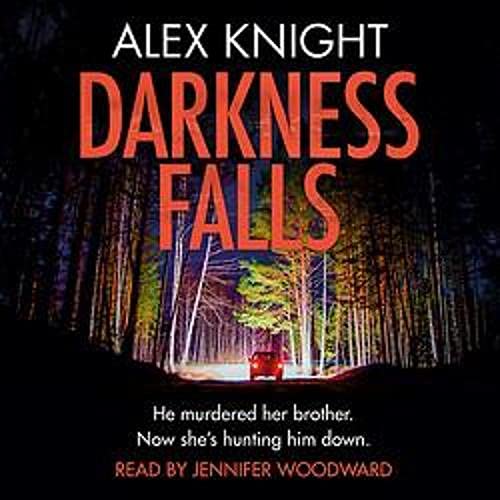 Twenty years ago, her brother was murdered. Tonight, she's found his killer.

Thessaly Hanlon is four hours into a long drive home through the night when she pulls into a 24-hour roadside diner to take a break. She's exhausted, but when she hears a chillingly familiar voice from the next booth, she wonders if he'll ever sleep again.

The voice is unmistakable. It belongs to Casper Sturgis, the man who murdered Thessaly's brother two decades before, and then disappeared without a trace.

Thessaly makes the decision to follow the killer. As Thessaly begins to unravel the second life of Casper Sturgis, she finds that digging into the past can have deadly consequences....

What listeners say about Darkness Falls