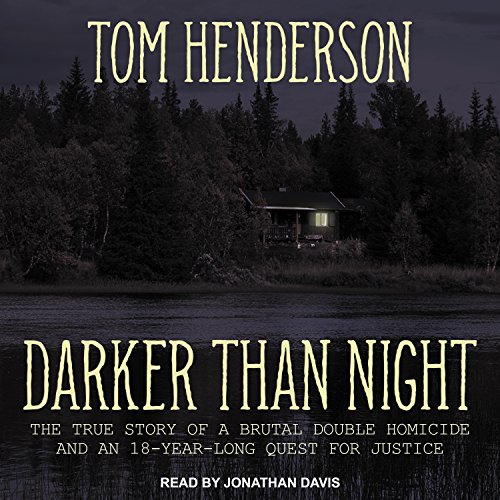 In 1985, two 27-year-old friends left their suburban Detroit homes for a hunting trip in rural Michigan. When they did not return, their families and police suspected foul play. For 18 years, no one could prove a thing. Then, a relentless investigator got a witness to talk, and a horrifying story emerged.

In 2003, this bizarre case hit the glare of the criminal justice system, as prosecutors charged two brothers, Raymond and Donald Duvall, with murder. With no bodies ever found, the case hinged on the testimony of one terrified witness who saw a bloody scene unfold - and who was still nearly too frightened to talk.

Now, the truth behind an 18-year-old mystery is revealed against the backdrop of an unusual, electrifyingly dramatic trial. Raymond and Donald Duvall bragged to friends that they killed their victims, chopped up their bodies, and fed them to pigs. A Michigan jury soon had evidence of this brutally methodical execution - evidence that would lead a shocked courtroom through the heart of evil and beyond a shadow of a doubt.

What listeners say about Darker Than Night

I found this book soooo slow moving. Could not concentrate on it as it moved inch by inch. It got very convoluted and every conceivable detail was regurgitated. Could not continue especially when there was no surprise as the write-up told you who was going to be arrested for the crime anyway!!

Some redundancy but entertaining. Good details, paints the picture as any good book does

I found it hard to follow, it was difficult to understand when the reader was changing characters.

Would you try another book from Tom Henderson and/or Jonathan Davis?

Has Darker Than Night turned you off from other books in this genre?

No - just this author

Would you listen to another book narrated by Jonathan Davis?

If you enjoy tedious minutia about every single day, every occurrance, lead, etc regarding a cold case, then this is the book for you.

Tom Henderson does it again!

I listened to Blood in the Snow for free through Audible. I instantly fell in love with Tom's writing style and storytelling. I ended up buying all of his books and really wish there were more! He has a way of really making you feel as if you know the victims, the victims' families and even the killer(s) and THEIR families, personally!

This story is simply insane. But Tom does an amazing job really keeping your interest through the whole thing. I had a vague recollection of this story, but this has the 'meat and bones' (sorry, pun) that I crave when listening to a story. I love true crime podcasts where the people are interesting and make listening to them fun, and his books are a lot like that. Thankfully, they have great narrators as well, otherwise it COULD get a bit boring (but that's true with any book honestly!)

I highly recommend Darker Than Night and ALL of Tom's book. Enjoy!

This story takes 20 years to pull together, and relies on a bunch of witnesses who saw or heard things over the years. These witnesses were afraid of defendants, so refused to testify for 18 yrs. So this book necessarily was a slow ride to final justice.
The narrator was excellent!

Great read for a Michigan girl!

Great story. Since I grew up 30 miles from all of this in 1985 it really pulled me in. In middle and high school I remember the stories of all of this.

If you could sum up Darker Than Night in three words, what would they be?

Bronco, a determined man with a heart of gold. Went above and beyond to gain the trust of his witnesses. Truly cared without asking anything in return.

Have you listened to any of Jonathan Davis’s other performances before? How does this one compare?

Chills; how could 2 brothers place so little value on human lives. Disrespectful to all man (and woman) kind.