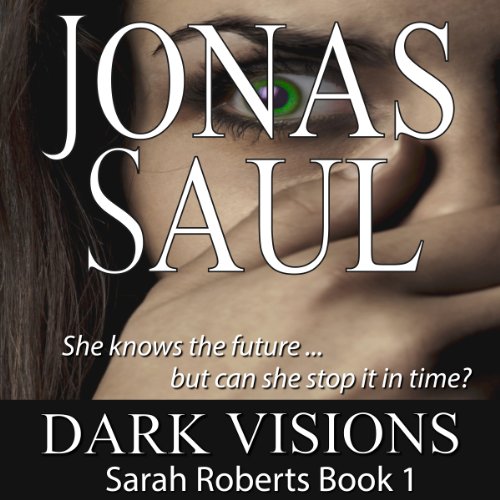 Eighteen-year-old Sarah Roberts experiences blackouts from which she wakes to notes written by her own hand. Prophecies. Dark Visions. Future events with dire consequences only she can avert.

Sarah is an automatic writer who suffers from a rare obsessive-compulsive disorder called trichotillomania.

She has dealt with kidnappings before, so when she receives a message that details a kidnapping, when it is to take place, and what she can do to stop it, she's ready. But things go wrong fast when the kidnappers recognize her from a previous intervention on her part. People are killed. Witnesses place Sarah at the scene.

The police find her notebook riddled with prophecies of accidents and crimes from her automatic writing episodes and they want answers.

Sarah is in a fight for her life with no one to trust. Her dark visions have brought her into the hands of a kidnapping ring who will do anything to find out how she knows so much about them. While the police hunt Sarah for the wrong reason, her parents think she is at a sleepover. Her life is in her own hands and whether she makes it out of this mess alive or not depends on how many people have to die.

What listeners say about Dark Visions

Did I Miss This Is YA? Really Corny

This book probably would have been good to me when I was 12 y.o. I gave the narrator the benefit of doubt, the characters had strange, unexplained accents. Pass on this one. Wish I could get my money back...

I have read this entire series (or most of it) and love the books. Audible didnt disappoint, will definitely be getting more of them.

Slow and not well developed

The protagonist is an 18 year old psychic; however, the way the author describes her in the beginning gave me the impression that she was only about 13 or 14 years old. Most of the characters initially come across as unlikeable and lacking in trust. Also, the relationships between the members of Sarah's family did not seem credible to me.

I absolutely loved Dark Visions. The story grabbed my attention instantly and kept it throughout the entirety of the book. I can't wait for the next installment.

Naration was excellent. ...enjoyed it very much. Exciting story .Will get the next book and continue the series.

If you could sum up Dark Visions in three words, what would they be?

This book is written and read so well right from the beginning. You are so glad you picked it .

This is unlike any book I've read. The main character was truly odd but she was tenacious and quick thinking, which I admired. The book contained some interesting twists and turns in both plot and characterization, with a surprise villain at the end. The narrator was great, easy to listen to. However, some of the characters, like Sarah's parents, were just not believable, or likable, and some characters were shallow. It didn't seem they added anything to the story. Overall the audiobook was okay, although I don't think I'll continue with the series.