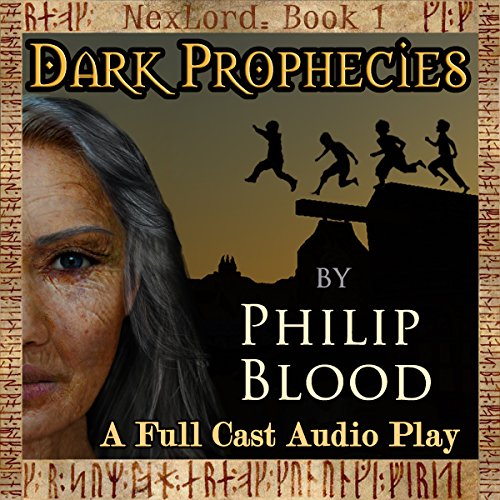 Dark Prophecies is the first novel of a three book fantasy epic series. A mysterious old woman, named Mara, comes to teach four children who have been foretold in two dire prophecies. The kids have wild adventures while forming strong bonds. Mara teaches them to fight, and much more, for the mysterious old woman knows what the future holds for these children, and their coming will shake the world.

What listeners say about Dark Prophecies

Adventure and the Bonds of Friendship

The Dark Prophecy Series is a thoroughly enjoyable story about adventure and the strong bonds of friendship and the loyalty that comes with it. The story is filled with interesting characters, unique monsters, twists and turns, plus a system of magic that makes logical sense once you find out how it works. I have read the entire series before and was excited to hear that there was an audio recording of the first book and I look forward to the audio version of the other books in the series. I would highly recommend this audiobook to anyone who enjoys hardcore fantasy novels.