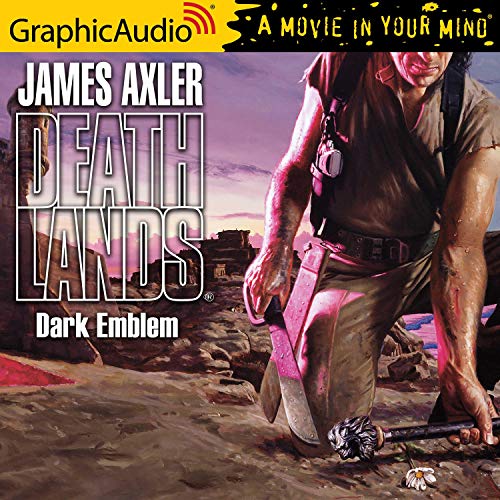 Transformed by the nuclear conflict of 2001, the Earth had turned into a wasteland ruled by anarchy and barbarism. Heirs to this blighted world, Ryan Cawdor and his warrior wayfarers fight for survival...and a way to restore humanity's lost promise.

The preholocaust redoubts housing the dangerous and unpredictable mat-trans units are the legacy of the whitecoat scientists and their precocious knowledge. For the very few in the know, the network of redoubts serves as an escape route and transport through the bleak landscape.

Emerging remarkably unscathed after a mat-trans jump, Ryan and his wayfarers are welcomed by Dr. Silas Jamaisvous in his fortress among the ruins of San Juan. This man of science may hold a vital key to the future, but is he an icon of hope or a dark emblem of the past?

In the Deathlands, time can kill or save....