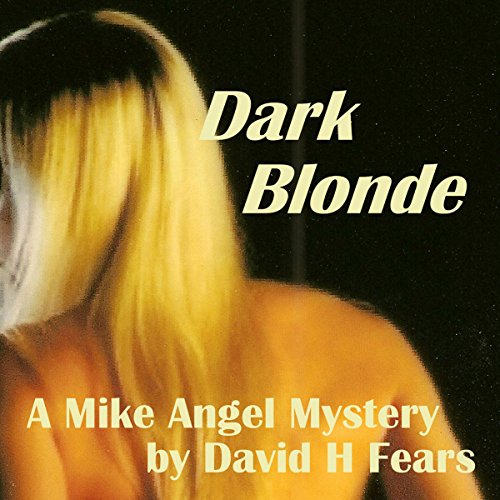 Julia Gateswood hires reluctant PI, Mike Angel, to find her missing sister, but Julia's social position and the sordid past of the sister make this anything but a simple case. Julia's a mysterious ex-beauty queen, who married for ambition to congressman Henry Gateswood, a charismatic ex-professor running for a vacated US Senate seat from Illinois in 1962.

When Julia's sister, Gail, a loose woman with past shady connections, disappears, Julia calls on private eye Mike Angel, who quickly learns his new employer isn't everything she seems to be, but what she is beyond a doubt is a great hypnotist of Mike's libido.

Before Mike is hardly into the case, he's visited by Julia's strange secretary, who later finds the missing sister's headless body in the guesthouse of the Gateswood estate. Mike and his unofficial partner, Rick Anthony, a 25 year veteran of the NYC detective force and, whose vocabulary suffers from too many NYU grad classes, get to the crime scene before the police and follow clues that pit them against powerful Chicago mobsters. Rick was a partner for many years with Mike's late father, who was murdered on his first case as a private investigator.

O. W. Wilson, a famous police chief and gangbuster from Kansas City, has taken over the Chicago force and enlists Mike to seek the department mole connected with the year old Summerfield scandal, where police were in cahoots with robbers. Mike hunts for Gail's killer while sorting out the threads of motive, political intrigue, bad cops and an arrogant DA, and Henry Gateswood's role. All the while Mike becomes conflicted by attraction to Julia, who disappears at a critical juncture, only to discover that her husband has placed her in a sanitarium.

What were Henry's real motives for putting her away? Who killed Gail and how does she fit into Chicago mobsters on the run from the Summerfield scandal?

Mike and Rick follow too many clues to a surprising conclusion. One twisting aspect of Mike's investigative instincts is often timely warnings from the "voice" of his late father, and also through sensations felt in a long scar Mike won during a shootout with the Russian mob who was behind his father's death. He also struggles with a desire to commit to Molly Bennett, his office manager and love interest, while conflicted with an over-healthy desire for attractive women who cross his path.

This is the third in a series of four Mike Angel novels. These take place in NY/NJ (Dark Quarry), and Chicago in the early 1960s (Dark Quarry, Dark Lake, Dark Blonde, Dark Poison). Some actual historical characters and events are used. At this time only Dark Poison is published.

What listeners say about Dark Blonde