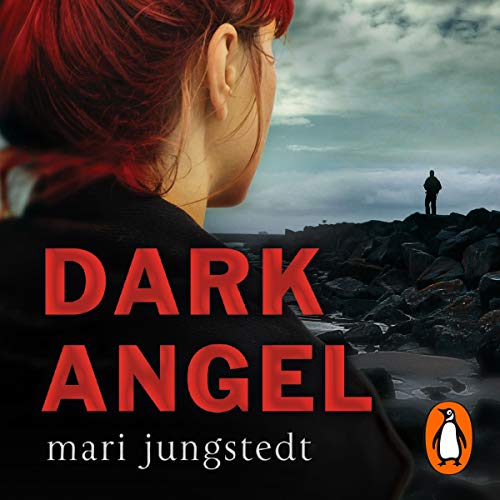 Inspector Anders Knutas is back in the sixth instalment of Mari Jungstedt's dark and compelling series of crime novels, set on the island of Gotland. This crime adventure builds on the already strong series, which combines chilling atmosphere, razor sharp plot twists and a brilliant cast of subtly crafted characters. In The Dark Angel, Jungstedt's writing is as thrilling and poignant as ever, ensuring that Knutas will continue to have the reader gripped from start to finish. After the glamorous party planner Viktor Algard is found murdered at one of his own glitzy events, Inspector Knutas has several leads to follow. But his investigation uncovers a terrifying trail of abuse which forces Knutas to confront his own demons, and has devastating consequences for TV journalist Johan Berg and his new wife, Emma.

What listeners say about Dark Angel

This is a well written and superbly plotted mystery. I found myself thinking through the possible options of who the murderer was along with Inspector Knutas. In the meantime you got the psychological side of a young man brough up by a single mother. This part doesn't seem to fit in the story first, but if you have read the previous books in this series, you know that the author likes to use these seemingly 'out of place' threads to make the reader understand the motives and it will have a great part in the outcome of the story.

I found it interesting that while investigating the crime, the inspector had to struggle with his own parental issues too. Distanced from his own children by his busy work, he realised how little he knew about his own children and what was going on in their lives. That made me feel a bit alarmed as a parent myself.

As this book is the 6th instalment, it's not necessary, but very useful if we had read the previous books, as it gives us the insight into the personal lives of the main characters and their development. (I have only listened to number 5 and number 6 myself)

Overall, I really liked the book and I'm going to listen to all the other available books from this author.

I really enjoy a good audio book but this one never managed to capture me. At no point did I really feel enthralled or attached to the characters. A massive shame. No sooner did I feel it was getting started than it was over. Really disappointed, a waste of money and a book that shall quickly be forgotten