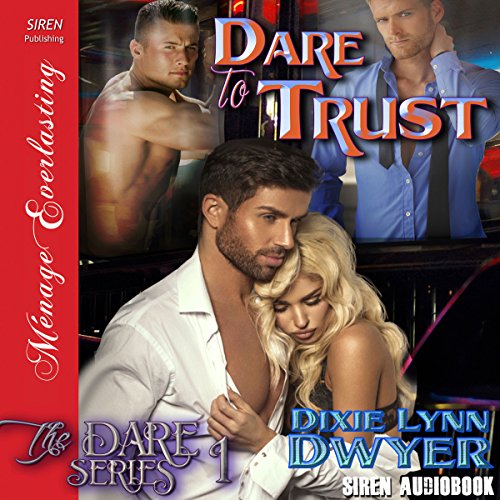 Being caught in a fire set by her own boyfriend has changed Marlena. She doesn't trust easily. She's fearful, to say the least, when it comes to men. Her focus is on this new start, making three good friends with women who have shared similar experiences, and finding hope in a town called Chance.

But she's gained the attention of one local deputy and his two brothers who own the bar and dance hall in town. They're making their desires known, but she's not too keen on exploring the attraction. In the back of her mind she knows that ex of hers might come looking to finish the job. But as Mike, Jack, and Danny break down those walls she put up, her ex tries to attack, and it will take her men, and the entire town of Chance to save her.

What listeners say about Dare to Trust

Would you consider the audio edition of Dare to Trust to be better than the print version?

NO I WOULD BY THE PRINT .