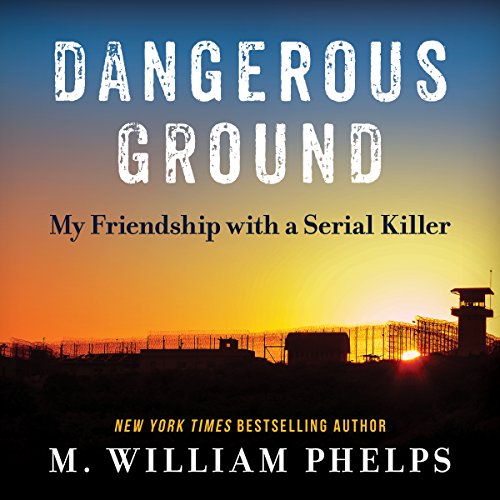 In September 2011, M. William Phelps made a bold decision that would change the landscape of reality-based television - and his own life. He asked a convicted serial killer to act as a consultant for his TV series. Under the code name Raven, the murderer shared his insights into the minds of other killers and helped analyze their crimes. As the series became an international sensation, Raven became Phelps' unlikely confidant, ally - and friend.

In this deeply personal account, Phelps traces his own family's dark history and takes us into the heart and soul of a serial murderer. He also chronicles the complex relationship he developed with Raven. From questions about morality to Raven's thoughts on the still-unsolved, brutal murder of Phelps' sister-in-law, the author found himself grappling with an unwanted, unexpected, unsettling connection with a cold-blooded killer.

Drawing on over 700 minutes of letters, dozens of hours of recorded conversations, personal and Skype visits, and a friendship five years in the making, Phelps sheds new light on Raven's bloody history, including details of an unknown victim, the location of a still-buried body - and a jaw-dropping admission.

What listeners say about Dangerous Ground

I honestly couldn’t stop listening to this. From start to finish it was hard to pause it when I needed to. The “friendship” he had developed with KHJ (a.k.a. The Happy Face Killer) as you will read/hear is very paining and complicated. It’s fascinating as well. You get to understand what happens when you dance with the devil for 5 years and the effects it can take on your very well being and soul.

Phelps is an amazing author. He’s extremely professional & passionate about his work which is clear by every sentence & every word choice. However it goes beyond that and you see just how much of himself he gives to this, and his other books. He is just brilliant. I will forever be a fan of this author.

I didn't want it to end.

Loved this book. We'll written and well read. I will definitely recommend it to my friends.

i was disappointed because I had seen the author on Hagmann and Hagman and was looking forward to listening to the book. Unfortunately it was very boring. I thought I had to be almost through but I had only reached midway. Couldn't put myself through the other half.