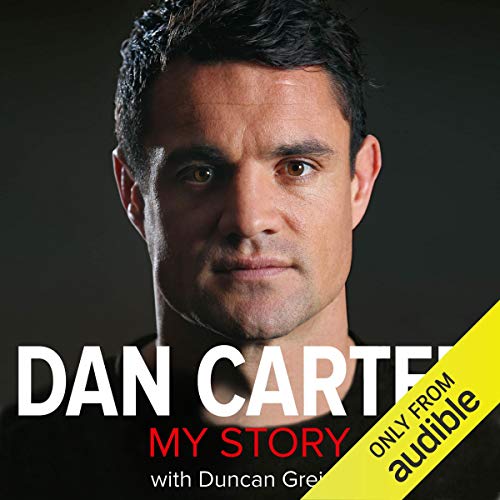 Daniel William Carter is acknowledged as the greatest fly-half to have played international rugby. A veteran of more than 100 test matches, he is the world record holder for most test points and has been named the IRB's Player of the Year three times.

Carter, though, is renowned for his modesty and unassuming nature and argues that he has he always "just tried to do the best job I can for the All Blacks".

In this searingly honest autobiography, he opens up on the truth about sport at the top level. The ups of victory, hobnobbing with the rich and famous, and business opportunities. But also the downs. The psychological impact of ongoing injuries, the public criticism, the painful rehabbing, and the disappointments of world cups. Carter shows himself to be much more than a sporting robot. A complex, caring, driven but sometimes tortured man.

"Dan Carter named greatest fly-half in history...a one-man phenomenon in a team of them." ( The Times)

Better than Richies book but still not existing.

Rugby is better as a game than a book.
Games are exciting but Rugby heros stories areta bit drab.

The book was good the narration wasnt!

The book was good the Narration was not. He couldn't pronounced the maori words. Should've just got Dan Carter himself to narrate!