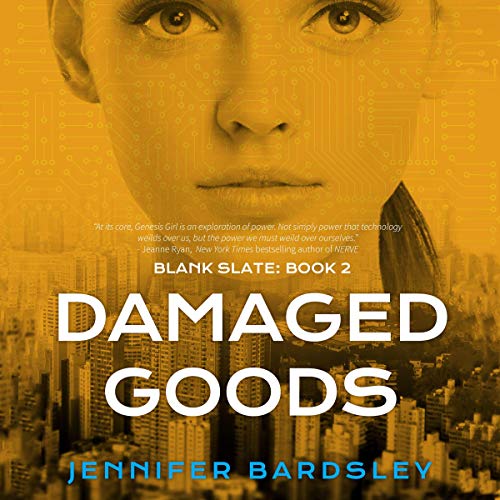 Blanca has everything she ever wanted: a hot boyfriend named Seth and the loving support of her foster father, Cal. She's finally escaped the abusive control of her birth father, Barbelo Nemo, and her tortured childhood at Tabula Rasa School.

But the scars of Blanca's Vestal upbringing run deep, especially when the FBI starts asking questions. Blanca feels abandoned by Seth, who is hunting for Lilith, Blanca's only blood relative. The Defectos, a support group of Vestal rejects, offer Blanca comfort instead.

While the Vestal order crumbles, Chinese rivals called the Guardians rise to power and wrest control of important Tabula Rasa contacts. Now Blanca's life is in peril once more, and this time Blanca struggles to recognize friend from foe.

What listeners say about Damaged Goods

Deserves a rewrite to expand details

I am enjoying the story, however there are lots of areas that I wish the author had explored with much more detail. For example, they take a 3 day trip to an island. There is a purpose for being there, but there could have been lots of exploration of relationships between "families" and their members. I expected to learn more about the attendees or the island instead of it just servivg a way to transition to the events for wrapping up the story. It feels to me like there are deeper levels that could be explored that would enjoyably flesh out multiple storylines. I hope the author reads this and considers a redo on this series.

I like the concept of this book, but I felt like there were a lot of failed plots. The narrator helps the book A LOT and keeps it sounding interesting. However, every time I felt like I knew where the book was going, something unrelated happened. That's the part that hurts the most when you're trying to be proud of your book pick, and then it keeps failing on you.