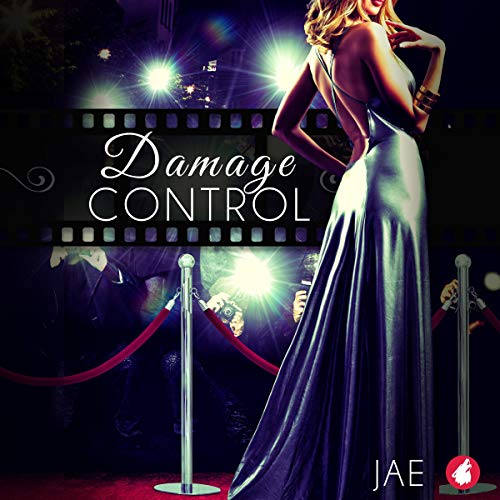 By: Jae
Narrated by: Abigail Rakocy

An actress practically since birth, Grace Durand has finally made it in Hollywood. When a photo of her in a seeming compromising situation with another woman is plastered all over the tabloids, she fears for her career as a lead in romantic movies.

Desperate for a publicist who’ll convince America that she’s straight, Grace hires Lauren Pearce, one of Hollywood’s leading PR agents, not knowing that she’s a lesbian.

Lauren has dealt with PR nightmares for years, so doing damage control for one more rich, spoiled client shouldn’t be a problem - or so she thinks. But the more time she spends with Grace, the more she realizes how different she is from her television persona.

Getting involved with her client is not in her game plan, especially since it would confirm the rumors and ruin Grace’s career, but the attraction between them is growing as they run the gauntlet of the paparazzi together.

I almost gave up on this one pretty early on ONLY because of the narrator. But I liked the plot so I continued and hoped I'd just get used to it. I didn't.

The story had so much potential and probably would've received 5 stars but the narrator ruined it for me. There wasn't enough variation with the character's voices so at times I wasn't sure who was speaking. And she would pause at odd and random points in the sentence, causing them not to flow as smoothly as they should have.

Basically, it sounded like the narrator was reading a book. And I know that sounds weird seeing as how this is an audiobook. However, the way she read prevented me from connecting with the characters at all.

But maybe that's just me. I'm sure I would've loved this book with a different narrator. My advice is to listen to a sample and make your own decisions.

Jae huge fan of your writing and I love the premise of this book. I have read other books with close to the same outline but this one had a nice twist. I stopped the book at chapter 5. I really wanted to keep going but the narration for me was just off. there needed to be more seriousness in certain spots and the dialect needed to alter on some scenes. I have no harsh words for the narrator as I know how difficult this is but with that said, this would have worked better with Abbey Craden, or Victoria N. Vincent...

Don't be A mother f

I laughed, I cried, and I got lost in the story. I fell into the adventure of being in the world. I fell in love with them. I fell in love that M.S. is not a disability that control you. Heartfelt and heartwarming and was really was starting to not like that mother, but the end.

I love this book! Finally a well rounded and we'll written book that is long enough to keep me entertained and reading for a few days instead of just one sitting. 😁

The book is great - as always with a book from Jae. Play it at 1,2 (speed up the performance) that works!

Love has many forrms accepting it can be difficult

This very slow burn romance has so many challenging but beautiful moments. Abigail Rakocy brings to life the real struggle to be true to yourself. Grace has lived the life her mother wanted for her without even questioning. Lauren has played by everyone's rules and pushed what her heart wants aside. Their attraction and friendship cause them to reach beyond the boundaries. I loved this gripping story and my favorite part was Grace taking her life back from her controlling mother. The relationship Grace and Lauren build is so breathtaking. This was such a good read.

the story would have been much better if the narrator had not dragged it out. I played it at 1.2 speed and it was more manageable. would not recommend this narrator.