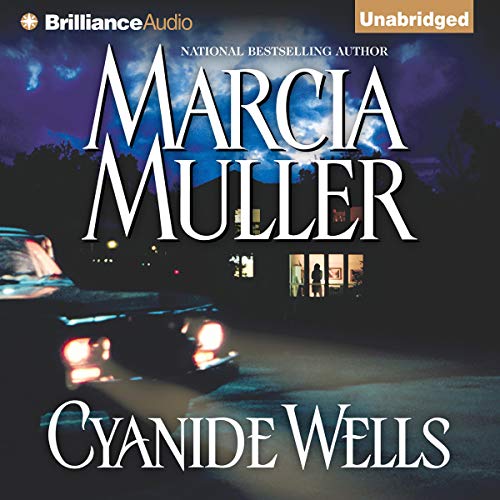 A hard, four-hour drive north of San Francisco leads to sparsely populated Soledad County, a combination of spectacular seashore, inland forests, and small towns steeped in gold-mining history. One of those towns is Cyanide Wells, now an artsy community, whose name comes from the miners' use of cyanide to refine ore and the time the area's water supply was tragically poisoned.

To Matthew Lindstrom, that sinister legacy is ironically appropriate for the place he finally expects to find his ex-wife, Gwen. Fourteen years earlier, her baffling disappearance branded him a murderer and destroyed his reputation and career as a photographer. Suddenly, after all this time, an anonymous phone caller tells him that Gwen is alive - and well aware of what she has done. Matt comes to Cyanide Wells looking for answers...and revenge.

Here, where the surrounding thick forest conceals twisted paths and old sins, Matt works to uncover the details of Gwen's new life. But before he can confront her, his ex vanishes once more. With his future again threatened by suspicion, Matt must join forces with Carly McGuire - a local woman with secrets of her own - and begin a hunt through Soledad's untamed landscape and an interior geography of betrayal and darkness. There perhaps lies the truth about past crimes and Gwen's fate...as well as Matt's own.

What listeners say about Cyanide Wells

I really don't understand all the negative reviews. I enjoyed this book in both the written and audio formats. Matthew Lindstrom was described as an unsympathetic character by a reviewer which I completely disagreed with. Carly McGuire is at times quite prickly and not at all sympathetic, though this changes as the story goes along. Yes the story has it's implausible elements but I liked the idea that the story did not wrap up neatly with only one villain responsible for all that happened in the narrative. I gave this one five stars and I seem to be the only one who did. Maybe I'm all alone in thinking this was a good listen; all I can say is give it a shot.