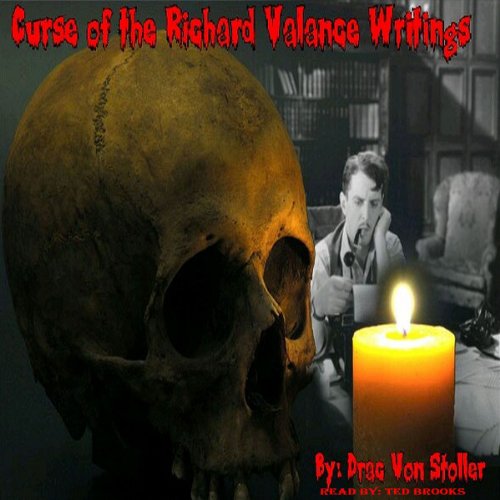 Curse of the Richard Valance Writings

What was supposed to be an upcoming authors dream would turn into a night of hell and become a curse to any one that happened to glance upon the last writings of author Richard Valance from the unfinished horror novel titled A Blast from Hell.

It all started when Richard and his jealous publisher got into a heated argument over the phone about finishing his book that went months overdue.

Richard's publisher said in angry voice, if you don't finish that book tonight you're a dead man, and just to make sure, I'm coming over until you finish the last pen stroke. I've got too much money invested for this novel to die from someone that made a promise to me and not deliver.

Calm down, it will be finished, said Richard in a voice of confidence.

The publisher said I'll be right over.

The publisher arrived moments later wearing a trench coat with something inside his coat that would be used when the moment was right. The rain was coming down pretty hard, and the thunder, and lightning was intense. The publisher entered Richard's home keeping his jealous thoughts to himself.

What listeners say about Curse of the Richard Valance Writings