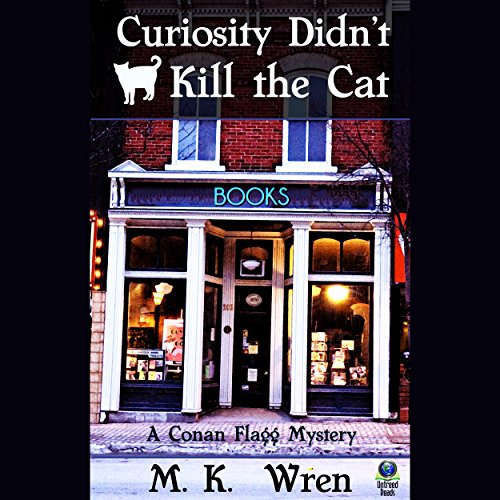 The police called it an accident. The dead man's wife insisted it was murder. Either way it was maddeningly mysterious. Captain Harold Jeffries, swaddled in his robe, had settled down for a cozy evening with Crime and Punishment when his wife left the house for a bridge party. An hour later he was dead. What could have induced him to dress and go out into the stormy night - much less to walk on the beach, which he hated and never went near? Conan Flagg, proprietor of the Holliday Beach Bookshop and Rental Library, is persuaded by Jeffries' widow to investigate privately; and astonishingly, all the clues lead to Flagg's own Dickensian establishment. With passing assistance from Meg, the bookstore cat, Flagg baits a trap to catch a rat - and finds himself dangerously involved in a crime with implications far beyond this lazy seaside village.

What listeners say about Curiosity Didn't Kill the Cat

I had high hopes for this book, but it turns out the synopsises resembles in no way the book you get. It is in fact a very long winded spy story. Well as far as I can make out that what was being attempted. It is far to long, and I soon lost any interest in the main characters. To be fair it is well read, but the reader has no decent story to relate. I did soldier onto the end but it was very hard work.