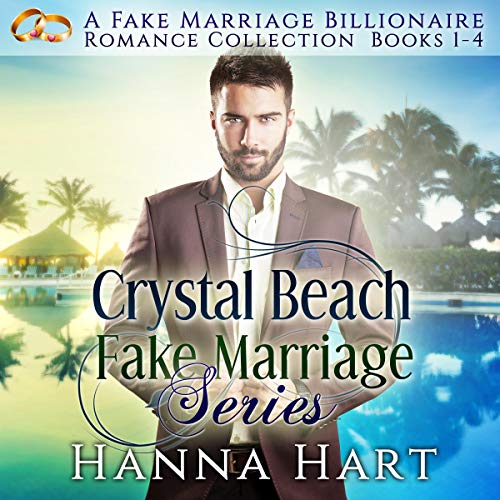 Riley Armstrong lost her job and has no way to care for her three-year-old daughter. Billionaire Logan Williams just lost his father and needs to be married in order to inherit his family fortune.

He hires Riley to be his fake wife and soon, discovers that the woman he’s falling for is an ocean of secrets.

Cooper Grant’s ex-wife left him with a broken heart and the threat of bankrupting his family’s private island business. In order to save Crystal Beach resorts, he must find a new wife and fast.

Cooper’s secretary Grace Stevens was recently dumped at the altar and vows she can fill the wifely position with no strings attached.

Can the pair act as husband and wife, or are their roles becoming more than playacting?

Single mother Fiona Million has a life-threatening illness. If she can’t pay for treatment, she’ll only have a few months to live.

Beckett Davenport is the son of America’s most famous celebrity chef. After losing everything in a tragic accident, his reputation is shot.

In desperation, Fiona agrees to be his wife to help revitalize his image. How long can she hide her illness and her daughter from the man she’s falling for?

Ryder Prescott’s ex-wife is running a smear campaign against his father during election season. His parents arrange a marriage for Ryder to help boost their public persona.

Willow and Ryder used to date, and letting go of the past isn’t always easy.

i loved it. it was a good book. would definitely read more by this author