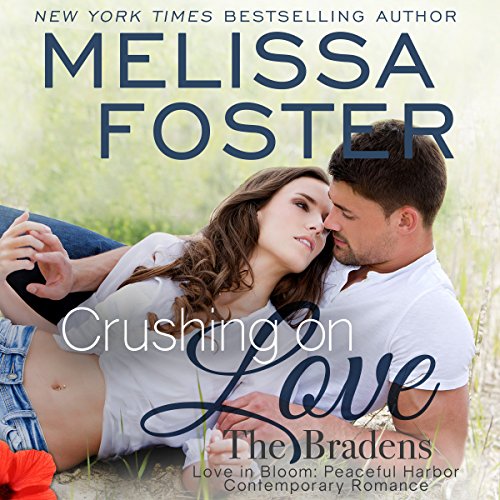 Steve Johnson is living his life's passion watching over the Colorado Mountains as a ranger and wildlife consultant. But his peaceful life is upended when overzealous and insanely beautiful Shannon Braden flits back into his life after returning from a brief trip home to Maryland. He thought his attraction to her was under control - after all, she's only in Colorado temporarily, and he doesn't do casual affairs.

Shannon's return to Colorado has as much to do with the game of cat and mouse she and Steve have been playing as it does the data she's been hired to collect. But despite her efforts to explore the undeniable heat simmering between them, Steve's intent on keeping his distance.

When a ranch abutting the national park goes up for sale, Steve will do whatever it takes to keep it from falling into the wrong hands. And when all his attempts fail, he's left with no alternative but to follow Shannon's guidance into the online world he abhors in order to raise the funds. The more time they spend together, the deeper their attraction becomes, and a game of cat and mouse turns into an unstoppable connection. But when Shannon's assignment comes to an end, will it mean an end to them, too?

I loved Crushing on Love. Shannon Braden is a strong heroine. She knows what she wants and goes after it. And what she wants is the handsome wildlife ranger, Steve Johnson.

Steve doesn’t want change. He likes his quiet, reclusive life in the Colorado mountains. But his attraction to Shannon and their super hot chemistry definitely proves too much for him to resist.

Crushing on Love is book four in The Bradens at Peaceful Harbor series. There are interconnecting characters but all the stories are complete standalones.

I’ve been listening to these stories on audiobook and I really enjoy the wonderful narration.
-4 Stars!-

This is the fourth book in The Bradens at Peaceful Harbor Series. Steve and Shannon's second chance to love and opposites attract is sweet, fun, and sexy. Shannon is a lovely woman, very talkative. Steve is handsome, very solitaire. Their chemistry is sizzling. I love the Epilogue. BJ Harrison did a great job with the narration. I enjoyed it.

What do you say about a book written by the fabulous Melissa Foster better yet one that is read to you by B.J. Harrison, simply not enough words to express how GREAT the book is or the narrator! I loved Steve and Shannon’s story when I first read it, but then to have it B.J. Harrison read it, well that made it 10 times better. My only issue is I like when the characters are read by Male/Female, but it doesn’t take away from this one. Still a fabtastic book, both paper and audio. Thank you so much for putting this one on Audible. Makes my ride to and from work so much better. It’s great to get lost in someone else’s world. This book simply perfect in my eyes and ears. So go get and enjoy.

Can a mountain man who loves his privacy and a people loving city girl find happiness together? Melissa Foster’s newest book seeks to answer that question. Steve Johnson is a mountain man through and through. He knows the woods forwards and backwards and loves his solitary life. Shannon Braden is a city girl who is spending time in the woods collecting data for a study that she is participating in. They had met at a wedding a few months prior and there was a definite mutual attraction.

Steve is thrown for a loop when Shannon bursts into his quiet little world. She is spunky, sassy and, oh so sexy. His nickname for her is Butterfly as she flits from thing to thing and from place to place. Shannon is drawn to Steve’s burly mountain man exterior and also to his tender heart underneath it all. Can “Grizzly” and “Butterfly” find a way to compromise between their obvious opposite lifestyles? You will have to read the book to find out!

There is a great balance in this book between times of angst and times of sexy fun. The characters are well-developed and you will find yourself laughing at times (watch for Happy Packs and Shmores!) I enjoyed this book and maybe it is true that opposites attract?

B J Harrison is a wonderful narrator with an easy to listen to voice. I have read the print version of this book as well and would highly recommend either version without hesitation

I had the pleasure of listening to the audiobook of Crushing on Love. B.J. Harrison was the narrator and he never fails to bring the story to life. Meet Shannon Braden who is sweet and fun loving and Steve Johnson who is used to his solitude and loves living in the mountains. They first met when Shannon was doing her first research on foxes and again at her cousin's wedding. They had sparks then and both stayed quiet. Now she is back in the Colorado mountains doing her second research on foxes and hoping to see Steve. They both see each other and their chemistry is insane. They have a very hot scene with a cupcake and pink frosting. Finger licking good. I loved listening to this audiobook and seeing how they fall in love. Melissa Foster sure knows how to capture your attention.

Melissa foster writes her books so well you get sucked into the story and you don’t want to come out. Following Steve through his reluctance to give into his feelings for Shannon and Shannon’s determination to see where their relationship will lead made me not want to stop listening.

I loved listening to this story! I read the book when it was first released but you really get a different view when listening to the story. BJ does a great job telling Melissa’s stories.

This is the perfect example of opposites attracting. Steve and Shannon couldn’t be more different, but they have amazing chemistry. I highly recommend this audiobook.

Melissa penned a sexy ride with this story. B. J. Harrison narration of this exciting and heartfelt story was fantastic.
Shannon Braden had been back home a short time, but she has returned to Colorado to collect more data on grey foxes. Steve Johnson worked as a ranger and wildlife consultant and does not do casual affairs, but Shannon had him tangled up. He was determined to stay away from Shannon, but he is finding it very difficult. She asked him to help her spot some grey fox. His two friends were going to sell the 200 acres of their property and Steve took Shannon to see them. He didn't want it to fall into the wrong hands. She called him Grizz and he called her Butterfly. Would the mountain man catch the butterfly?

This is a wonderful book, and I loved the Audio. Shannon Braden, who loves to talk and be around her family and friends has come to Colorado for a research project. Steve, who is a ranger there loves the solitude of living on his mountain. What happens when these opposites start to fall in love with each other? I loved this story by Melissa Foster. Then, there is the narrator, B.J. Harrison. He brings the story to life, in a way that keeps you hanging on each word. These two make a winning pair.

I was soo excited to read this latest book from Melissa Foster because it brings you back to Weston Colorado and you get to come back to some of the original Bradens.

Steve is ruggedly handsome and Shannon is a Braden so of course she is beautiful. Steve likes his life on the mountain and does not come down to the real world that much. Shannon likes he life in Peaceful Harbor and enjoys being around people. They are both different in that regard but love being wrapped up in each other.

What I liked most was Steve does not have millions in his bank account and there is no mention of Shannon having a trust fund either. Steve has to work hard for what he wants with the help of Shannon and others. BJ Harrison is the narrator and he does a great job once again. He makes you feel like you are right in the middle of the story and makes the story flow when listening to it. He helps you feel the story.