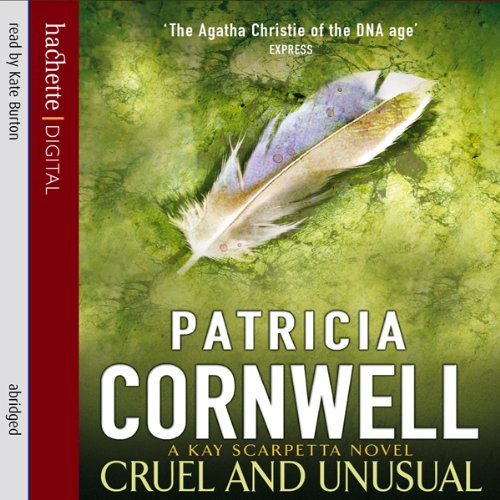 When convicted killer Ronnie Joe Waddell is executed in Virginia's electric chair, he becomes what should be a routine case for Chief Medical Examiner Kay Scarpetta.

But after Waddell's execution, everyone connected to him begins to die - including a member of Scarpetta's staff. When crucial records disappear from her files, Scarpetta comes under fire for incomeptence.

Caught in a web of political intrigue, she must fight to free herself from murderous insinuations and threats to her own life. She soon finds herself retracing Waddell's bloody footprints, following a trail that might lead to long-hidden secrets deep within the state government.

Either the truth will set her free - or unleash upon her a punishment both cruel and unusual.

interesting all the way

interesting but predictable in parts. another good story in the series. Enjoyed all the way

brilliant narration from Kate and very good story line.
If o had a negative comment it would be that there are so many characters it is a bit confusing but still brilliant.

Towards the end of the book is rushed & crammed

The story slows right down around the middle then suddenly 20 minutes before the end, tons crammed in. Have to listen to that part at least twice. Ending is good, as is the variety of voices.