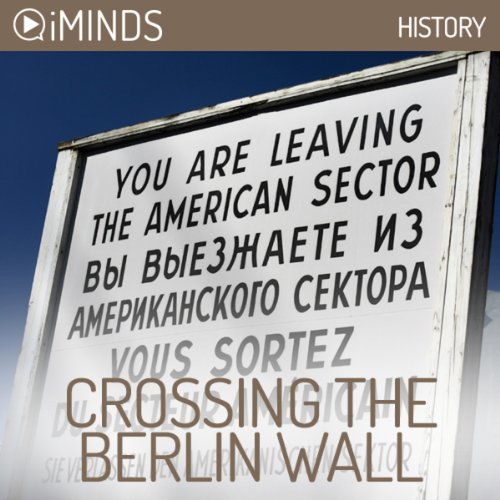 The Berlin wall was supposed to be impenetrable: its armed guards had orders to shoot-to-kill would-be escapees. And yet there are thousands of records of covert border crossings, both triumphant and tragic. Here, storied television actor Hamish Hughes puts a human face on the lives affected by a city divided. Hughes recounts the remarkable measures taken by would-be escapees, including burrowing tunnels and constructing hot air balloons. Listeners will learn about the wall's most appalling casualties, including 18-year-old Peter Fechter, who bled to death in full view of the West Berlin media - unable to come to his assistance - after he was shot during an escape attempt. Hughes' documentary experience is evident, as he strikes a chilling tone, while keeping the proceedings fluid and informative.

Learn about attempts to Cross the Berlin Wall with iMinds insightful audio knowledge series. The East German guards who patrolled the numerous watchtowers along the famous Berlin Wall had orders to shoot to kill anyone who attempted to scale the boundary from East Berlin to its Western neighbor. Still, there are many tales of daring escapes from East Berlin to West Berlin throughout the wall’s history.

The Berlin Wall spread all the way around West Berlin. It stretched for about 96 miles, with 27 miles between East and West Berlin. More than a wall, fortified fencing and watch-towers also made up what we refer to as the “Berlin Wall”. Escape over it from communist East Berlin to the capitalist West was a dream of many Germans. But escape past the Wall was incredibly difficult. As an armed border with 302 watch-towers, there was barely a moment when a person could scale the Wall and make it to the West before being noticed and shot by border guards. But why did East Berliners want to escape to the west?

What listeners say about Crossing the Wall