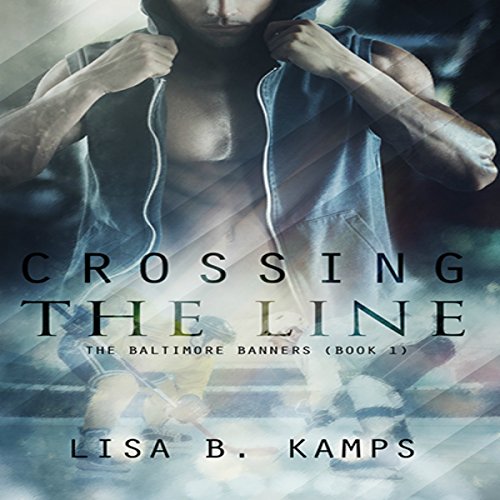 By: Lisa B. Kamps
Narrated by: Angela Dawe

Amber "AJ" Johnson is a freelance writer who has her heart set on becoming a full-time sports reporter at her paper. She has one chance to prove herself: capture an interview with the very private goalie of Baltimore's hockey team, Alec Kolchak. But he's the one man who tries her patience, even as he brings to life a quiet passion she doesn't want to admit exists.

Alec has no desire to be interviewed - he never has, never will. But he finds himself a reluctant admirer of AJ's determination to get what she wants...and he certainly never counted on his attraction to her. In a fit of frustration, he accepts AJ's bet: if she can score just one goal on him in a practice shoot-out, he would not only agree to the interview, he would let her have full access to him for a month, around the clock.

i cannot wait for the next one!!

Narrator was amazing, story was amazing. I absolutely loved it and I can't wait for book 2. this author just went on my one-click list.

I found this book to be entertaining and romantic. Just give me a big strong hockey player and I melt!

Would you consider the audio edition of Crossing the Line to be better than the print version?

I purchased this author as one of my top fave readers performed this book. I only re listen to 5 stars as I own too many more that have yet to be heard. This is a good book to hear again. It is up lifting as our heroine has SPUNK.
I used 1.25x speed to match the ice action to author’s intent.

A re listen means you love everything about the story. All the secondary characters e.g.: Ian, our French Canadian player and even the exotic dancer’s brief scene add to this story.
This is no FSOG story, but if you are a fan of Ms Dawe, as I am, you will appreciate her delivery of this sweet, and a bit more steamy than story.
I can see a story about Ian or the F. Canadian player.
The author will have to work much harder in the following books if she wants to hit the big time.

Which character – as performed by Angela Dawe – was your favorite?

Ms Dawe does an outstanding job of all male voices in this book. I feel, a reader’s male voice range is what can make or break a book. Hear her in Julie Garwoods’ Sweet Talk, or her Scott’s accent, the BEST, in Nora Roberts MacGregor series.
Her Tiffany Snow series is more like this book, yum!
Ms Dawe has hit her stride in mystery author Marcia Clark series, not to be missed.

I liked this audiobook story okay, but can't say I loved it. Parts of it felt really slow and I found the characters hard to relate to. The narration was done well, the story just didn't make the goal (pun intended). More emotion needed to be written between the hero and the heroine. Also, the male narrator only appeared for a short time.