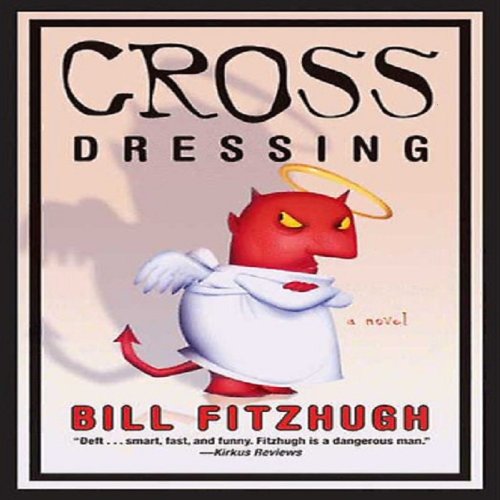 Big-shot ad exec Dan Steele feels entitled to the best life has to offer - even if he has to live way beyond his means to acquire it. But there's hope on the horizon. Dan has just stolen what's sure to be an award-winning idea for a multimillion-dollar account. If he can keep the creditors at bay long enough, he'll get the keys to the executive restroom and all his problems will be solved.

Unfortunately, that's when his brother, a Catholic priest, shows up at Dan's door in need of a loan to pay for some essential medical attention. Being financially and morally challenged, Dan hands over his insurance card instead of his credit card. But it's too late. After running up a bill for $300,000, Father Michael goes the way of all flesh.

Now Dan has a choice: go to prison for insurance fraud or take a vow of poverty and become a man of the cloth. Before he can say, "God bless," Dan finds himself pursued by a relentless insurance investigator, the psychopathic copywriter whose idea he stole, and a deadly killer from his brother's mysterious past. And, as if that wasn't enough, Dan finds himself falling in love with a gun-toting nun. Let us pray.

What listeners say about Cross Dressing

This is a funny, irreverent, out-in-left-field story, that also has an unexpectedly sweet romance running right through the middle of it.

The characters were the strength of this story. They were very well developed, believable, and likable. I cared about each of them which kept my engaged right up to the end, and I cheered with the great ending.

The pace and direction of the story made a fun and perfect foil for the great characters.

Upon doing some research on this book, I learned that it is actually Fitzhugh's first book, but released after Pest Control, etc. That makes sense. While this is an awesome book, it does feel a tiny bit "safe." It was funny, but not as outrageous and let-it-all-hang-out-there hilarious as his other stories.

I recommend this book.

Enjoyed his other books, but this was, by far my favorite. It was just a tad huddled at the end. Performer is just a bit to dead pan.

I love the author. I'd recommend any of his books. He always ties things together nicely at the end.

Would you listen to Cross Dressing again? Why?

Yes, it is an enjoyable book

The character while initially a sleaze, comes full circle and shows he has a conscience. Also the mix of characters with funny personalities

Have you listened to any of Colby Elliott’s other performances before? How does this one compare?

I also read Pest Control which was similarly well read. I would read other books narrated by Colby

Every time there is a reveal - no spoiler

not his best work. cliche and everyone lives happily ever after is okay, but please be more entertaining on the journey.