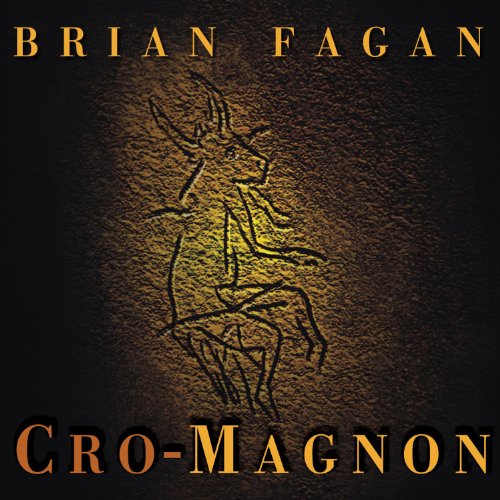 How the Ice Age Gave Birth to the First Modern Humans
By: Brian Fagan
Narrated by: James Langton
Length: 9 hrs and 52 mins
Categories: Non-fiction, Biology
4.5 out of 5 stars 4.3 (7 ratings)

Best-selling author Brian Fagan brings early humans out of the deep freeze with his trademark mix of erudition, cutting-edge science, and vivid storytelling.

Cro-Magnon reveals human society in its infancy, facing enormous environmental challenges - including a rival species of humans, the Neanderthals. For ten millennia, Cro-Magnons lived side by side with Neanderthals, an encounter that Fagan fills with drama. Using their superior intellects and tools, these ingenious problem solvers survived harsh conditions that eventually extinguished their Neanderthal cousins.

Cro-Magnon captures the indomitable adaptability that has made Homo sapiens an unmatched success as a species. Living on a frozen continent with only the most basic tools, Ice Age humans survived and thrived.

What listeners say about Cro-Magnon

Poorly executed...The authors glipses of the past seem very textbook. Not new revelations... Not enthralling.

Interesting but speculative and repetitive

For the most part I enjoyed listening to this book. I was unfamiliar with the topic and thought I would give it a listen, and I feel I've learnt a fair amount about mans pre-history. However, I found great chunks of the book to be highly speculative with long story-like fantasies from the author about how he thinks daily life of the cro-magnon may have been. In other words, I think the book sacrifices some objective integrity in order to make it more easily accessible/readable.. (a mistake in my mind).

An interesting introduction to our current state of knowledge of our distant ancestors. However, don't expect only a discussion of facts drawn from recent archaeological studies. The author adds colour to the text by speculating well beyond what we know in the areas of social structure and human/neanderthal coexistence. Sometimes this is enjoyable, sometimes it taxes credulity.

A Summary of the Evidence

I look for books that address topics about which I have little understanding. Hence, I picked up Brian Fagan's "Cro-Magnon" which presents the current knowledge concerning our stone-age ancestors. He accomplishes this by clearly telling the reader what is known, what is still unknown, and how inferences from the archeological record are drawn. Along the way he brings the reader up-to-date on carbon dating, DNA analysis and other technological tools used in the study of that record. He speculates about the lives of various of these individuals and describes their behavior in hunting, family matters, inter-group trade, language and other things. True, the narrative portions of some sections are based upon conjecture, but they are rooted in “what is known” and the descriptions help the novice visualize what life may have been like for these individuals. The reading of James Langtgon is very good.

I'm glad I'm not the only one who thought Part I was too speculative and almost comically repetitive. I'm skipping to Part II now, and thank the reviewer who suggested that. I'll update my review after I'm done.

But my gosh, hearing the reader go on about the "intricate dance of two cultures" and the "silent Neanderthal man staring at his more intelligent neighbor," over and over and over again reminded me of my time as an English major when I'd spin big papers out of a few facts/ideas that really deserved about 15 percent of the space they actually got.

too much speculation presented as fact

A lot of this book is fascinating, but he speculates an awful lot, drawing parallels to modern cultures like the Inuit and Eskimos, and doesn't clearly differentiate between what is speculation and what is fact. This casts doubt on what is presented as fact, to where I don't know how much to believe. While entertaining, this book should be read with caution. If I could get my money back for it, I would.

This was a decent book, but the first "part" was a waste of time. It began with an uninspiring "lit review" of human evolution. Followed by a summary of his beliefs of Neanderthal society that might have been ripped from "Clan of the Cavebear."
The second "part" redeemed the book as he gave a more compelling summary of Cro-Magnon society (obviously the focus of the book). He followed development of these societies and changes in their technology and inferred what this meant to how their society possibly operated. Wisely, the author did not claim to "know" what their society was like but made reasonable guesses.
I would skip Part I and go directly to Part II for any re-listening to this book.

The story listens as if it is a romantic fiction novel. The author gives us plenty of information on early man (and neanderthal) life. If you were to listen to the story at random parts, you would probably think the story was a romantic fiction novel. Whenever a science book reads like fiction that makes the book flow marvelously. The author will often start his elucidation on a subject matter by saying "and how do we know that", and then explains how we think we know what was said. Typical examples representative of the time period are used to make the lives of the Cro-Magnon become vibrant through today's modern eyes.

I'm a sucker for prehistory books. This one makes the subject come alive and the reader adds an extra dimension to the story telling.

A comprehensive overview of the Ice Age

Not just about the Cro-Magnon, this book also goes into great detail about what scientists currently know about the Neanderthal people and the current scientific knowledge regarding the climactic changes, geology, flora, and fauna of the Ice Age.

I'm an archaeology geek, didn't know much about this period, and found the topic engrossing. It's popular science writing at its best--clear, interesting, and accessible without being condescending.

The narrator is also excellent, with a very pleasant British accent and flawless pronounciation of the many French and German terms in the book, not to mention the occasional Hebrew or !Kung word.

I enjoyed this very much. Great narration and mix of "imagine...." to set the stage to see a Cro-Magnon. Also really enjoyed the details of the different sciences that go into determining age of fossils and other evidence of our ancestors. There were times that were a little slow or the details a little too details for listening, so had to re-listen to parts. If I were reading, they might have sunk in better in the written versus audio format. Still enjoyed very much and I looked up many the places and artifacts mentioned for better understanding of the imagery.

A better title would have been more descriptive of the book and the author's premise. Perhaps it should be titled Neaderthal Man since that is what the book is essentially about.

Too much imaginative speculation, too little hard evidence. A good story but not an academic book.

This book is a highly engaging exploration of how anatomically modern humans pushed out the Neanderthals using surprisingly small technological advances. The parts of the story which are related as a story of a meeting or hunting trip jar a little a thte beginning but they do add to the book greatly and, at their best, can really bring to life this era of human development.

If you have read Chris Stringer's "Homo Britannicus" the this is a must because it updates that story with new information.