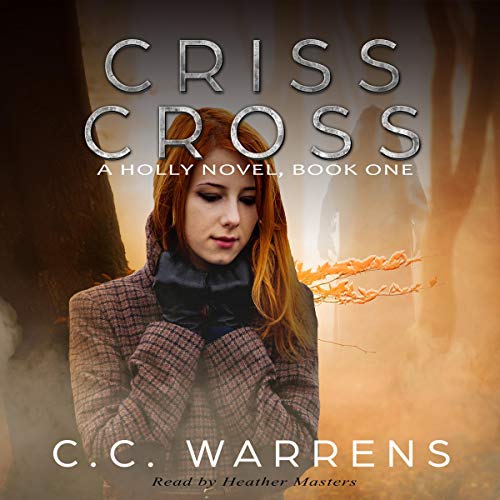 Safety is just an illusion....

An illusion shattered by the whisper of footsteps in the darkness behind her.

Holly has drifted from one place to the next for as long as she can remember, never settling long enough to build a life. It's the only way she knows how to survive in a world that has no place for someone like her. But when mysterious footsteps follow her home, and she finds a cryptic note taped to her door, she realizes she's stayed too long.

The man she's hiding from has found her. But how?

When people start dying and old, forgotten memories begin to surface, Holly finds herself wrapped up in a terrifying mystery with God, a pushy Southern detective, and a killer with one thing on his mind: her.

What listeners say about Criss Cross

Too long, too strong

This book was hard to put down at first, but for me it crossed a line and became disturbing. It was long and the longer it went the more evil it became. I will not read this author again because I was very uncomfortable with the circumstances she created. At one point I began to actually feel a tug at my heart to stop reading it. This is the last one for me. Though it’s labeled “Christian” it did cross a line in my opinion. There are places no person should go and I felt that happened to some point in this book. I’ll be sticking with Christy Barritt from now on.

Edge of your seat!

This was a little intense...if you are into finish it fast because gotta know how it turns out then this is for you. The narrator did a good job with all the characters. The author made you see what was going on like you're watching a movie. Didn't contain sexual immorality or cursing which I really appreciated!

This story presents a very good argument why we should have never allowed women to vote.
I lost count but the heroine had to have more lives than a cat.
I had to assume that the purpose of the book was to prove women can be independent but relish being vulnerable, or something like that. I bought the book to give my 10 yr old granddaughter for her Birthday as it was a Christian Novel. Didn’t get far and nixed that idea….

Excellent writing. Well plotted story. Memorable characters. However, if there is a bad decision to make, Holly (our protagonist) will make it. This can make for interesting writing but here it goes too far.

By chapter 18 I lost all empathy for Holly. By chapter 21 I was actively hoping she would get killed and someone with some common sense would finish the story and bring her stalker to justice. It's a harsh reaction, but somewhere along the way Holly's active obstruction of the people trying to help her, even as she criticizes them for not doing it better, caused me to grow disaffected with the character. I finished the book (on x3 speed) and while I enjoyed the secondary characters I never regained an emotional connection with Holly.

C.C. Warrens is a talented author. I look forward to reading other books by her, but the Holly Cross series will not be among them.

This book is one of the Best Christian Fiction Books that I have listened to in an extremely long time!!! And I am an avid reader and fiction listener!! I can’t wait to get into CC Warnners next two Books in this Series!!! I also want to applause Heather Masters on her narration! Superbly fit the Story Line! Always Happy To Review Great Books!!!

Suspense and characters to love

Well written and narrated. The characters and well developed storyline hooked me. I did not want to atop listening.

Now we need the rest of the Holly series on audible!

I hear new things each time I listen to it!

I loved the book, but I dont' listen to fiction much because I have trouble adjusting to one narrator doing different voices. My first time through, I still had to adjust to that, but the narrator did such a great job of capturing the personalities of the characters I'd grown to love in the Holly books, that now when I read the books, these are the voices I hear. The detail & consistency throughout the storyline amazes me. This story has enough twists and turns that it could have been difficult to follow if it had been written or narrated differently, but both the author and narrator both did tremendous jobs making it flow together, in the right direction. The storyline is painful to hear at times, but Holly's personality and determination give a message of hope through the darkest of times. In spite of everything she's been through, Holly specifically remembers to focus on gratitude. That's not to say she isn't a spitfire with an attitude all her own! The characters came to life for me in this first book in the series, and now if I could choose any fictional characters to spend some time with, it would be this group. I highly recommend this book. There are dark spots, definitely, as there are for probably more people than we realize. But even in the darkest times, there's light and hope ahead.

A totally different central character. Someone severely broken yet hanging onto what life she has with both hands, heart and a quirky sense of humor. The characters are diverse and fascinating. The plot is a twisted thing that keeps you guessing as you, and Holly, slowing come to uncover her forgotten past. Well written. I can't wait for the next book to go audio.

Not only have I read the book 3 times now I just enjoyed listening to it. The audio brought out nuancesI had not picked up before. I have read all her books most 3 times including the novellas. Waiting with anticipation for her next one.