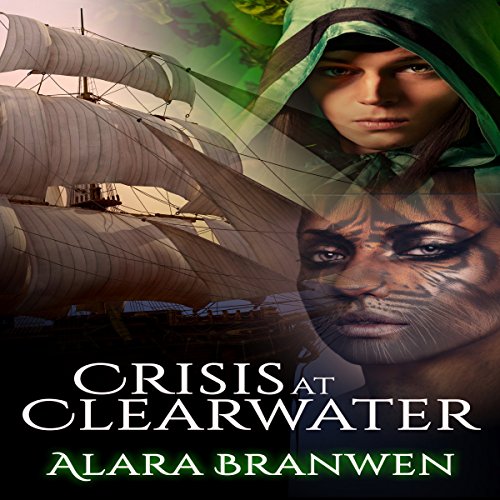 Clint Sahorn assumed that his increasing proficiency at his job would allow him to get home at a decent hour and would relieve his already too-high stress level. However, his increased efficiency gave his bosses an excuse to add so much more to his workload that he fears for his sanity.

To keep from obsessing on his job when not there, Clint attempts to escape his reality in the VRMMO world of Unexplored. There, in the persona of the heroic and adventurous elf, Cleave, he joins with a smart-mouthed kobold named Tarka and a gentle half-giant, Krug - the best kind of friend an elf could have, one that would gladly stomp into jelly anyone attempting to hurt his friends or the innocent - in a grand quest to find a powerful ring.

Clint hopes this light-hearted, swashbuckling adventure will allow him to relax. But when they reach the halfling port city of Clearwater, the fun comes to an end. The citizens of Clearwater face a crisis that threatens to tear the city apart.

With the twin problems of his workload and the plight of the citizens of Clearwater weighing on him, Clint must muster all his strength and determination and hope that they - along with his friends - can stop the evil plaguing Clearwater.

What listeners say about Crisis at Clearwater