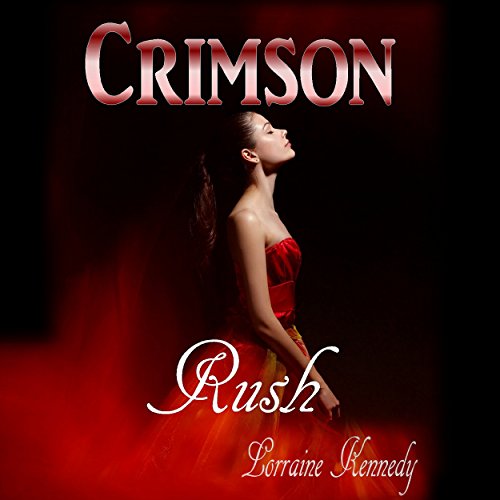 Crimson Rush - The Vampire's Addiction. Without her blood he will die, but without her love, immortality is torment.

Almost from the moment Club Crimson opened its doors in the small town of Cookson Springs, Starla Lavelle's life has been in disarray.

People are dying, and every drop of blood is being drained from them. The situation gets worse when her long lost uncle shows up at her door, claiming to work for Sub Species Control, a shadow government unit, responsible for keeping track of those who are not quite human.

Uncle Charlie, and his vampire partner Luke, need Star's help. Charlie suspects the blood draining has something to do with the local production of a vampire drug known as Crimson Rush. Star just might be the key he needs to bring the perpetrators to justice.

Marcus Savoy is the legendary lead guitarist and singer for the heavy metal group, Night Reign. He is also a vampire on a mission. He must have the blood of the Moon Witch in order to end his curse of eternal darkness, but what happens when he falls in love with the Moon Witch?

Star vows to bring the Rush pushers to justice, even if that includes the breathtakingly gorgeous rock star, Marcus Savoy. If only he didn't hold such power over her emotions, and her desires.

Marcus is determined to possess Star, no matter what the cost.

What listeners say about Crimson Rush - A Vampire Romance