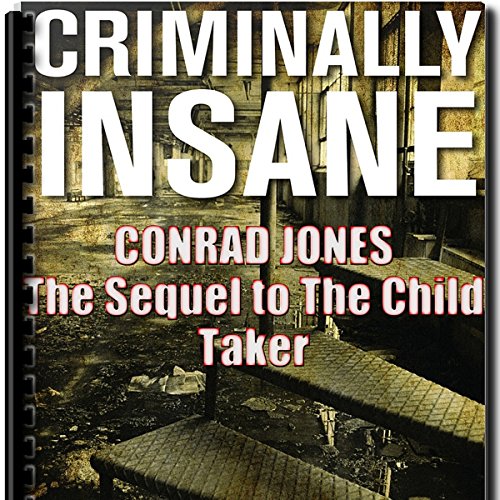 An intense suspense thriller that draws the listener into the dark underworld alongside the police who attempt to do battle with it.

The discovery of a brutally murdered young woman in an abandoned factory unit draws Detective Alec Ramsay and his Major Investigation team into a complex web of crime in Liverpool's underworld in this gripping thriller from acclaimed suspense writer Conrad Jones.

Not for the faint-hearted

Great story, marvelous performance. But be warned: If you can't stand violence or gore this is probably not for you.

I really enjoyed this book after getting well onto it...so many characters to keep straight, at times was confusing as to who was speaking. I ended up having to backup and relisten at times to get it straight. After getting into it, about 1/3 of the way into it, things got exciting and a lot of surprising things happen. Very exciting at the end...I had to find out how it ended, so here I am writing this at 2am!!

It was hard to enjoy this book, mainly because the narrator - supposedly telling the story of a gritty male scouse detective was a female who would have been loads better reading Jane Austen or Georgette Heyer. I think she was an American so she struggled even with the English, it was very "proper". Her accents were atrocious and her voice too light to do gritty male scouser no matter how hard she tried.

Even if you got into the story, the gratuitous sadism got rather boring and I felt the author was struggling to find yet another way to slay someone with some outrageous gore. It was rather all over the place and I found myself wanting to slap the policeman and give the Gecko a medal.

Probably won't be following on with any more in this series.

If I tell you how much I love the innovative and horrific violence Conrad Jones dreams up, are you going to judge me? Well, apologies, but I'm thrilled that Mr Jones put his extensive talents to writing and didn't decide to become a serial killer, because he's got some outrageous ideas! Needless to say, I haven't been reading the series in any kind of order, but that doesn't detract from its brilliance. I know, if I pick up a book by Conrad Jones, I'm going to get a brilliant and fast paced action story, filled with repulsive baddies and plenty of gore and guts. He gets the balance right every single time. Criminally Insane had so many different threads, and, with his usual aplomb, Mr Jones weaved them together to a fabulous and satisfying climax. I don't know how he does it, but please don't stop. Another thoroughly deserved 5 stars from me.

I loved this book. I enjoy Conrad Jones' writting. It's an action filled story. Some of the old characters are back. The writer gives a surprise ending. I enjoyed narrating by Julia Farhat.

Having read several other books by the excellent Conrad Jones I knew what to expect, and I wasn’t disappointed. This is another action packed, unnerving, very violent thriller set in Liverpool’s murky underworld. For anyone who has also read the Child Taker, well he’s back in this book and so is Tank!

The action is absolutely none stop and almost left me breathless. As the book goes on the blood and guts and gore pile up so this is most definitely not a book for the squeamish! There are several plot lines which all come together very cleverly, and towards the end there was a surprise/shock I definitely never saw coming.

I loved The Child Taker and Slow Burn but this one is the best yet and I can’t wait to read book 4 in the series!

Could get past the first hour. The narrator’s voice and style grated. I’ll switch to reading this one.

Worst Narrator i have ever heard!

What disappointed you about Criminally Insane?

Her timing is very strange, her generic 'female' accent for all women in the books, lack of any expression and ferling and the strange empasis on random words.

Conrad Jones is an excellent storyteller but really needs a half way decent narrator or they are unlistenable.