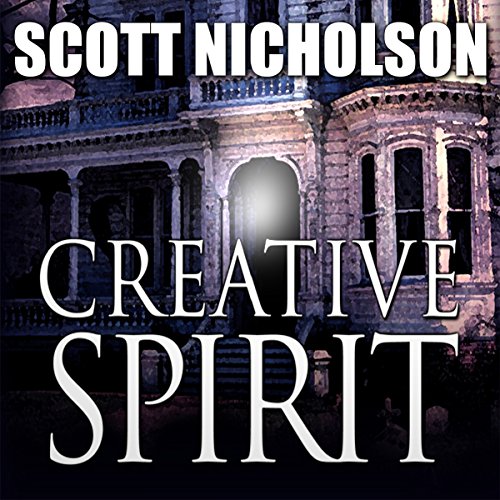 When artists gather at a remote Appalachian estate for a retreat, they are unaware that their energy is feeding something unwholesome. Sculptor Mason Jackson and dying parapsychologist Anna Galloway must uncover the dark secrets of Korban Manor before their spirits become trapped forever.

After parapsychologist Anna Galloway is diagnosed with terminal cancer, she has a recurring dream in which she sees her own ghost. The setting of her dream is the historic Korban Manor, and she's compelled to face the secrets of her soul.

Sculptor Mason Jackson has come to the manor to make a final, all-or-nothing attempt at success before giving up his dreams. When he becomes obsessed with carving Ephram Korban's form out of wood, even Anna can't divert his bizarre passion.

The manor itself has secrets, with fires that blaze constantly in the hearths, portraits of Korban in every room, and deceptive mirrors on the walls. With an October blue moon looming, both the living and the dead learn the true power of their dreams.

Scott Nicholson is the Kindle best-selling author of 13 novels, including Liquid Fear, Chornic Fear, The Red Church, Disintegration, The Harvest, and Speed Dating with the Dead. Send him a message from Amazon's Author Central.

"Scott Nicholson explores the dark legends of the southern end of the Appalachian mountain chain, a nightmare country that ends in Stephen King's yard." (Sharyn McCrumb, author of The Ballad novels)
"Scott Nicholson understands that the best horror novels achieve primal fear through a combination of sustained atmosphere, richly drawn characters, and believable if uncanny evils that draw unholy power from everyday lives." (Christopher Ransom, author of The Birthing House)
"Keep both hands on your pants, because Nicholson is about to scare them off." (J.A. Konrath, Origin)

There was something missing in this story - not sure if it was in the reading or the writing. It just didn't flow well, and there were many times when I had to rewind it a bit and relisten in order to understand what was happening. It didn't help that all the women sounded like they had the same voice and accent. And half of the men....
Plus, one of the characters in the beginning of the story wasn't heard from again for no reason throughout the story, until the end... it was weird.
Great idea for a story. But I just didn't get it.

Just not worth the time. Weak characters, there were things that did not follow the story, things left out / not followed up, too easy to see where it is going so just follows the old boring girl related to freaks, freaks lure her "home", try to kill her, she survives, they are destroyed / have to wait for another time or some such BS.