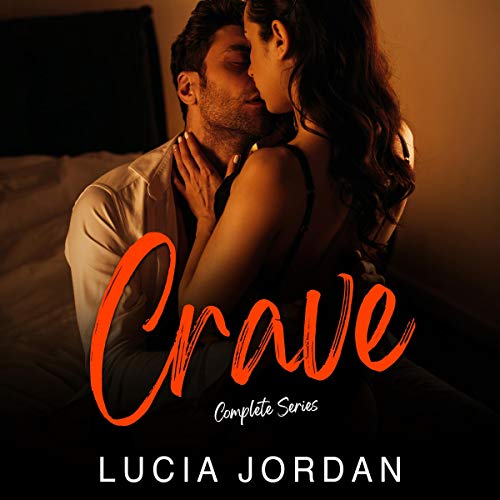 Around the seedier sides of Los Angeles, she was known only as J.

One job. One time, and that was all she would need to get her the hell out of California.

It was simple enough. At least, that is what she thought. There was no such thing as a "simple job" because sooner or later, everything catches up.

What listeners say about Crave

Loved book one. Curious to see how the story plays out. Really enjoying listening Jordan's books.

The story line pulls you in right away. I can't wait to get the next book and continue to see where these characters go.

They both have past secrets that for some reason made their current life cross paths.

Highly recommend this on

I love when something catches you by surprise, like Jace being hired by a man to steal his own car. It keeps your attention, as Lucia Jordan does through the whole book, I highly recommend this one.

It's a I gotta know more

I loved book one, it has twists in the first book but it makes you want more that's for sure. You will not want to stop listening till you know more.

They both have past secrets that for some reason made their current life cross paths. Now that they crossed the line, Max isn't able to hide his real intentions with Jace.

I loved this book.....I can't wait to see what happens next.....their are a few proofreading errors but it doesn't really matter cuz this book is HOT HOT HOT....if you don't like graphic sex scenes then this is not a book for you.....

Loved the start of this new series by Lucia Jordan. It seems to have a bit different setting than most of her stories and that's refreshing. As always I can't wait to get my hands on books two through four to see where the journey takes Jace!

Wow would not of handled that the way Jace did . Can't wait to see how Max is going to fix this. Hopefully they can make it work since they have done a lot of things alike . Just have to wait and see.